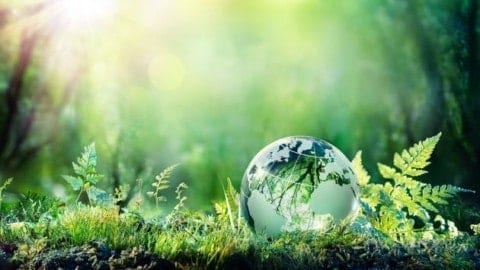 Accepting others, embracing differences, and learning about new cultures in our melting pot of a country are all parts of being an American. We live in a world where meeting people with different beliefs and cultures is a natural, common experience. We have learned that it is important for us to be able to put our differences aside and come together as a community. Along with that, we are beginning to realize more and more that, despite our differences, we are all human beings and we deserve the same rights as everyone else. This is one of our biggest values as Americans, equality. While America has come a long way with racial inequality and unequal pay rates, it is still not enough for our society.

One example of how much Americans value equality is the Plessy v. Ferguson court case. The case was mainly focused on racial segregation. It emphasized “separate but equal”, saying that blacks and whites needed to be separated in things such as water fountains, train cars, and buses, but they were still considered “equal”. This court case is so significant in history because it is very important in showing that people need to stand up for their equality, and they shouldn’t be treated differently based on their skin color or any other feature that might be different than others. Unfortunately, people still get treated differently based on their skin color today, even if it sometimes isn’t displayed as openly.

While America has come a long way from where we stood with segregation, we haven’t fully accomplished a sense of equality among everyone. We still struggle as a nation with unequal pay, prejudism, etc. “Fewer than one in three black Americans and not even half of whites say the United States has made ‘a lot’ of progress toward achieving racial equality in the half-century since the Rev. Dr. Martin Luther King Jr. declared he had ‘a dream’…” (Roberts). This is significant because it shows that people are able to come together and agree on the fact that we are still working to achieve equality, and we haven’t been able to reach a point where the majority of society is able to say we have. According to the New York Times, while blacks and whites agree that they get along in general, “about 7 in 10 blacks and more than 1 in 4 whites also concur that blacks are treated unequally by the criminal justice system”. Racial inequality is a struggle that many people deal with to this day where they are discriminated or not treated the same because of their race. This issue is one that needs to be addressed in order for us to find a peaceful solution.

Finally, women experience inequality as well, not only because of race but because of gender. According to the International Labour Organization, around 24% of CEOs in America were women, and they earned about 75% as much as male CEOs (ILO). The amount of women compared to men that hold leadership positions and achieve higher jobs such as CEOs is shocking as a statistic, but the gap in earnings from men to women is even more disappointing. Consequently, equality should be a major focus with our payment towards all members of our society.

In conclusion, America has not yet reached the point of equality that we would like to see in our society. We still have to fight for our rights and liberty every day. Even though America has changed gradually, we as Americans want the best for our country, and equality is the first step in achieving that. Equality needs to be the first priority in our community and nation.