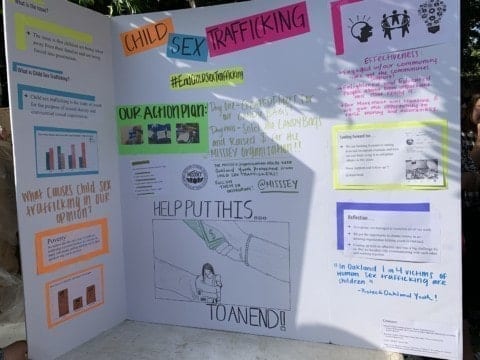 What was my project about?

Learned about yourself as a Student/Person/Upstander in this project?

Next Steps as an upstander for this issue or another issue

Advice to other Bystanders, Student looking to create a change

My advice to them is to not give up and keeping making a change. It’s not easy to spread the word because not everyone going to listen but it will take time to get your word out there. By not giving up slowly things will start to change and start to get attention.

Hi Yasmine, I think your concern for the human trafficking problem in the U.S. is a very significant issue that really needs help. I think you have a really great idea on how to raise money for the MISSSEY foundation, but do you think it is enough money? Will you get enough profit from selling candy because if you have to buy all that candy then you are losing a significant amount of money. For example if you spent 3 dollars on each bag you were selling for 5 dollars that would only be a 2 dollar profit. Maybe you could make a huge batch of cookies because the production cost of that is much less and you could sell them for the same amount to make a much bigger profit. I wish you the best in this idea, I think that it is a really great cause to support!