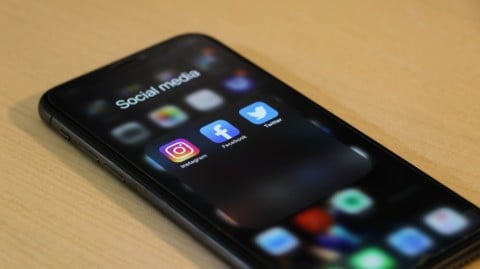 An example of a single story is the lives of social media influencers. They post many things about who they are online, but they do not show the world everything about their identities. They show their audience their talents, friends, family, daily life, etc. From this surface information, their audience makes assumptions about them. A social media influencer could be a great person, but since people only know them as they are portrayed online, someone may decide that they do not like who the influencer is. Viewing somebody’s life through a screen only allows for a glimpse of who a person actually is on the inside.

A study found that “negative online experiences have more impact than positive ones because of negativity bias” (Salem). Making a negative comment on an influencer’s post will not allow the person who posts the comment to gain anything. If anything is gained, it would be bad mental health, including depression for the influencer receiving the comment. The same study “found every 10 percent increase in negative social media experiences was associated with a 20 percent increase in the odds of reporting depressive symptoms” (Salem). Having empathy for social media influencers will allow people to realize that unless they know them personally, they cannot fully make a judgment on their identity.

As Stefon Harris said, “Empathy is essentially the science of understanding” (Harris). Being empathetic towards influencers allows for a realization that they are just an average person like anybody else, but they put their lives online for the world to judge. By people not making assumptions about them and not leaving negative comments on their pages, but by people being kind and trying to understand where they are coming from when they make a post, their audiences can grow in their empathy towards other people’s situations.

I am impressed/dazzled by your post, “Empathy for Social Media Influencers,” because of the way you put this ideas into words. I don’t know if you are a influencer, but this idea of being “portrayed online”, was very powerful.

One sentence you wrote that stands out for me is: “They post many things about who they are online, but they do not show the world everything about their identities.” I think this is a great statement because this is exactly how things are, People are so used to what the influencer usually does that when they do something new its a big surprise and everyone is so shocked.

Another sentence that I enjoyed was: “Making a negative comment on an influencer’s post will not allow the person who posts the comment to gain anything. If anything is gained, it would be bad mental health”. This stood out for me because… You never know how your judgement could REALLY affect another person.

I do agree with you that It’s a glimpse on a persons life.

Thanks for your writing. I look forward to seeing what you write next, because it’s honestly so true.

Paige,
I really liked how you touched on the mental aspect of the affect of social media on influencers. When you stated “Making a negative comment on an influencer’s post will not allow the person who posts the comment to gain anything. If anything is gained, it would be bad mental health, including depression for the influencer receiving the comment,” it made me think. Many people post hate or mean comments on other people’s posts because they see it as funny or they say it as a joke, but they never think bout how it would affect them mentally if they were in their position. Given the audience of social media stars, many keep their emotions to themselves, out of fear of being judged. Today’s social media influencers are a lot more open with their audience, showing that their emotions are valid & important, which is important given the age of their audience.

Paige, I really enjoyed the insight into the mental health aspect of a social media influencer. It really opened my mind to the reality that these influencers are real people that have just as much feeling as you or me. I never thought about how much mine or someone else’s comments could make them feel. I tend to forget how fame doesn’t dispute the fact that their mental health is also effected by negative comments.

Paige, I liked how you said “by people being kind and trying to understand where they are coming from when they make a post, their audiences can grow in their empathy towards other people’s situations.” I agree that it is important to spread kindness and positivity to those who chose to share their lives publicly. I liked your point that the audience can grow in empathy and connect what they are experiencing to situations of the influencer and other people.

Dear Paige,
I am intrigued by your post because I agree with the idea that social media does not let one fully understand the person behind the screen. I agree it shows the surface of someone and does not let one see the real personality of the creator. One thing that stands out to me is your comment “making a negative comment on an influencer’s post will not allow the person who posts the comment to gain anything” because I think it is very true. When someone comments something negative on a post, it is a reflection of what the commentator feels, not the creator. I think this is intelligent to add as it shows some complexity to your post and makes the reader reflect on how it can be difficult to be a social media creator. Your post reminds me of how news media works. The news outlets always possess bias and try to paint their opponent in a bad light, which can have negative effects on that person. It can also have negative effects on the consumer as they will listen to the negative comments on the person rather than developing his or her own understanding. Thank you for writing, and I hope to read more from you in the future because your insight is very intelligent. You add complexity to a topic through your in-depth analysis which is very refreshing.

Paige, I really liked how you touched on how individuals can show one certain side on social media, but in reality be the total opposite. I liked how you said that leaving negative comments and responses on someone’s online post can lead to bad mental health issues, which I think is very common nowadays and shouldn’t be a way of taking your hatred out on someone.

Paige, I really like the way you incorporated your quotations in a balanced way. They are all relevant to your point and don’t overpower your own words.