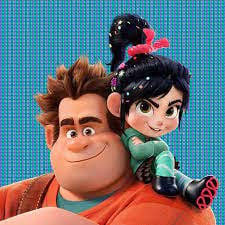 A single story is where the same story gets told over and over again, but it is never told by a first-hand source (“The Single Story” ). Even in the definition of a single story you can already see the problem with the term itself, “never told by a first-hand source.” Even with advances in society in learning about new cultures and people, single stories still are produced and thought to be the truth rather than an assumption.

An example of a single story is from the movie Wreck-It Ralph. The story is about a video game villain named Ralph who is programmed in the game to destroy the buildings in the town. Ralph runs away to another game where he meets a character named Venelope whom of which is a “glitch” or someone who is a virus to the game which Ralph had heard many single stories about a glitch and was quick to judge her.

Ralph assumed that she was a problem or very bothersome toward the game and deserved to be hidden away from the rest of the characters, but after spending time with her and getting to know her he realized that she was as normal as anyone else in the game and he felt a great deal of empathy toward her and “the two characters gradually grow sympathetic towards each other’s similar plight—both having been ostracized by their peers and desiring to be more than current status” (Jr.).

Through Ralph’s empathy toward Venelope he formed a close relationship with her and they became very good friends. Empathy is essentially the science of understanding,” (Burnett) and Ralph emitted this feeling so much because he could relate to her in people making assumptions about them without truly getting to know them. Through this relationship, Ralph advocated against the single story about a “glitch” and was able to unite the characters in the game to demolish this belief that they had about this subject.

The article Empathy written by Rory, shows how empathy can help bring people together and take away that judgment that we carry around on everyone due to their differences. To make this point clear he uses the movie Wreck-It-Ralph and uses Ralph and Venelope to show how one is a glitch and one is a villian in their video games and therefore get judged right of the bat. Throughout the movie Ralph begins to know more about Venelope and ends up feeling empathy which creates a close friendship between the two. They get to know more about each other removing stereotypes that they and others had created about them. The author uses imagery to give us a better picture of what the emotion is and how it is important to us.

Empathy is a very important thing in real life because it can help people come together. It’s a strong emotion that many people confuse with sympathy and fail to realize their difference. If you have empathy towards someone, you are able to relate because you have felt what they feel or are going through something very similar as well. Empathy is a way to connect with others and help them and yourselves feel better as you have someone who genuinely relates to you and won’t judge you for your feelings.

Have you ever felt empathy towards someone you know?

I like how you connected the term Empathy, with Wreck-it Ralph. Many people indeed confuse this with Sympathy. Although one has Comfort in others, the other Just try to confine with the feeling of another. Empathy is used to show the relationship between one another, and Sympathy just tries to copy so you can try to understand someone.