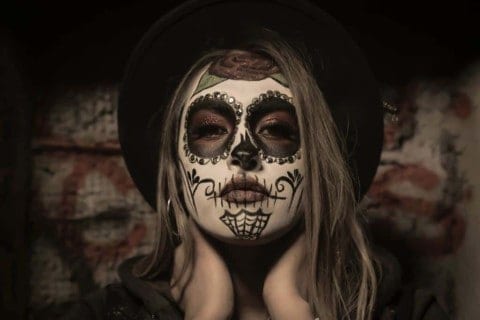 You never know, you might even employ some of the things you learn in your day to day life. For example, one of the most useful things you can learn about is my culture’s healing tactics. We use different plants and herbs to make various teas and medicines to cure many illnesses. To me, my culture is very important because it places a very strong value on family and unity. Being Hispanic has both its ups and downs.

Sadly by being Hispanic a lot of folks aren’t too nice to us about it. We get treated badly and are told to go back to where we came from as if I didn’t live in Southeast, San Diego. However many good things also come with being Hispanic, we get a whole bunch of extra holidays like in January we have El Día de Los Reyes Magos where we Honor the Three Wise Men who gave gifts to Jesus Christ, in February we have El Día de la Constitución where we celebrate how the Mexican Constitution was drafted in Santiago de (ke-re-taro) Querétaro by a constitutional convention during the Mexican revolution. In April we have La Semana Santa is a well known Catholic tradition.

In May we have of course Cinco De Mayo. In November we have my all-time favorite El Día de Muertos where we celebrate our loved ones who have passed by setting up a table with a picture of them filled with candles, water, their favorite food dish, their favorite candies, and accompanied with (cem-paa-su-chil) cempasúchil flowers. In December we have our Posadas, where we mimic Mary and Joseph’s journey to Bethlehem as they searched for a place to stay. The way we do that is friends and family inviting one another to their homes which is essentially a sort of Christmas party, or for people to walk through their neighborhood and pedir posada. It is a lot of holidays that we have but they are our tradition and we honor them every year when the time comes.

Kasandra
I really liked an enjoyed that you decided to write on Chicano pride. As you stated in your post above, “I believe people shouldn’t be judged or treated differently because of their skin color. You shouldn’t feel embarrassed because of where you come from. Your culture shouldn’t be hidden.” And it’s very true. It is sad to see how some people, and since we are talking about the Hispanic culture, are ashamed of being part of a certain culture. I know that I proudly am part of the Hispanic culture. Como dices, el respeto y la dignidad es una parte muy grande en nuestra cultura. Teniendo respeto por tus mayores y otras personas que no conoces es muy importante.
Overall, I really enjoyed reading this. It make me happy to see that there are students out there, trying to show the world that being part of a certain culture shouldn’t make you be ashamed. Maybe perhaps in the future you could write about perhaps what are the effects of Hispanic culture in the United States and see if there are positive or negative effects on the American culture.