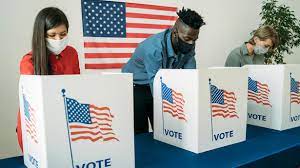 In the article “Old Enough to Vote” it success the time when upcoming 18 year olds would be drafted into war. Although these teenages were able to fight, kill, and train they wondered why they were not able to vote in a part of politics. This created much controversy as many felt that war effort was to benefit the country and voting for teenagers were not appropriate because they were “radical”.

Although those in favor of making voting requirements able for 18 year olds to vote as they have many things to say about the world and can actually benefit the political world as they are going to have a say in their future. Youth voters have many ideas and also opinions the way they too would want their government to be run. These youth fought hard to get their chance to vote and they too did this for a purpose which was to show how important voting is to them and how they would take advantage of that.