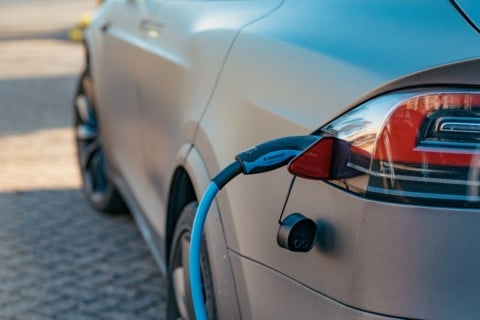 In the article, “Is America Ready for Electric Cars?” I learned that one of the world’s largest car manufacturers known as General Motors, announced in January that it will be producing only zero-emissions vehicles by 2035. This would be a big difference from gas-powered cars to electric motor engines only. This announcement comes as the new Biden administration which is looking for ways to fight climate change by putting pressure on competing automakers to make the same zero-emissions vehicles. With this pressure Volvo announced in March their plans to sell only electric vehicles by 2030. The nations long accustomed to gas will soon be changed to plug in vehicles.

I think this topic is very controversial. This topic can go in two ways: you either believe America is ready for electric cars or you don’t. Having electric vehicles can be more of a luxury. These cars are faster, cheaper, comfortable, and environmentally friendly. Electric cars would be a big step to climate change creating a better and healthier environment. Producing these types of vehicles will take many decades due to the lack of lithium mines. These vehicles wouldn’t be very beneficial when going on long road trips because of the amount of miles it goes until it needs to be recharged. Every 200 miles an electric car needs to be recharged making this vehicle not too convenient. Although there are many pros and cons for this idea I believe it would be very beneficial for our country to have electric cars.

Would you purchase an electric vehicle rather than a gas powered vehicle?