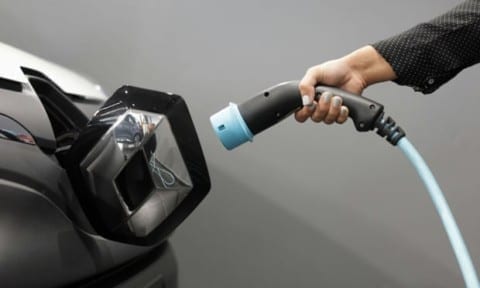 As scientists have discovered over the last few decades, one of the main contributors to the CO2 released into the atmosphere is the emissions from gasoline cars (17% in 2010). This is especially damaging to earth’s climate and will likely continue to worsen as cars and road development cover the globe. However, in the midst of this issue, Elon Musk, the CEO of Tesla, put forth a solution: electric cars. Adopting electric cars as opposed to gasoline cars is an important step that we must take in order to fight back against climate change.

Recently I read an article declaring that StoreDot, an innovative Israeli company, had developed new and improved lithium-ion car batteries ‘with five-minute charge times’. This is a massive leap from current statistics on Tesla charging times, which state that the average Tesla car charges in around 10 hours. The inconvenience of this long charging duration plus the expense of the car is one of the main reasons why people are scared to make the investment, but this new battery may solve all of those problems

However, there are some setbacks to this alternative form of transport. Some believe that the transition from gasoline cars to electric ones is too radical for the world to handle because it would involve repurposing gas stations into charging stations and will affect global economy as the need for fuel becomes increasingly irrelevant. Others think that electric cars are just as detrimental to the environment as gasoline cars, which, in theory, is partly true because the electricity required.

The truth is no one knows how electric cars would affect the current situation on global warming if we substituted them for gasoline cars, but they certainly encourage a life with less CO2 emissions.

I invite you to read and comment on this article with me on NowComment:
Electric car batteries with five-minute charging times produced