Elections in the United States

Home Elections in the United States 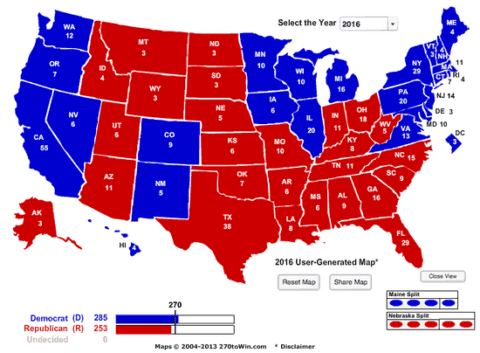 The electoral system in the United States has come under fire in recent elections, and there have been debates about whether it is really democratic, or even fair. The most recent elections in 2016 displayed the irrefutable issues with the way we elect our representatives. Washington Post‘s Dan Slater and Lucan Ahmad Way outline these problems in the article “Was the 2016 U.S. election democratic? Here are 7 serious shortfalls.”. Included in these issues are the scapegoating of minorities, international intervention, and the discrediting of the electoral process and opposition. However, some of the most fundamental aspects of our election system that call upon the question of fairness are the Electoral College and gerrymandering.

This article from the New York Times, The Odd Political Alliance Behind Today’s Gerrymandering, discusses recent debates within the Supreme Court about gerrymandering. Author Clyde Haberman says, “When done deftly, political gerrymandering gives a party a lock on certain legislative districts and dooms the opposition to virtual irrelevance for years.” Are elections really fair where we live is already predisposed to a certain type of vote? The Supreme Court has declared gerrymandering along racial lines to be unconstitutional, but has said nothing about partisan lines. Dissenting opinions among justices make it uncertain whether anything will be decided by midterm elections.

The Utah Education Network describes the United States Electoral Process. We directly elect mayors, senators, members of the House of Representatives, judges, and other lower level representatives. However, when we vote for president, we are really voting for an elector that has pledged to represent their candidate, and the candidate with a majority of the Electoral College becomes president. This sounds like a fine way to choose our leaders, until we recognize that sometimes the winner of the Electoral College doesn’t coincide with the winner of the popular vote, which is the true will of the people. In the 2016 elections, President Donald Trump won the presidency but not the popular vote. According to FactCheck.org, “this scenario has played out in our nation’s history before.” There have been five occasions where a candidate won the presidency without winning the popular vote. Five doesn’t seem like that many, right? Except, that’s about nine percent of the elections in the United States. Nine percent of elections since our founding, the will of the people has been ignored, the people haven’t represented as they choose. Elections cannot be considered fair and just if they do not accomplish what they were established to do: put people in office who represent the will of the people.

Olivia, I greatly enjoyed this post about the elections in the United States. I particularly like your conclusion where you say, “Nine percent of elections since our founding, the will of the people has been ignored, the people haven’t represented as they choose.” Your word choice and tone are very strong and convincing, and it makes a very valid point. If the president does not represent the will of the people as a whole, there is something wrong with our election system. I would love to hear more from you about the validity of the shortfalls of the electoral system. Do you think that these are good enough reasons to get rid of the electoral system completely, or should we instead focus on reforming the system? One resource you might find valuable is the National Archives page about the U.S. Electoral College (https://www.archives.gov/federal-register/electoral-college/faq.html).