Effects of Gentrification in Oakland

Home Effects of Gentrification in Oakland 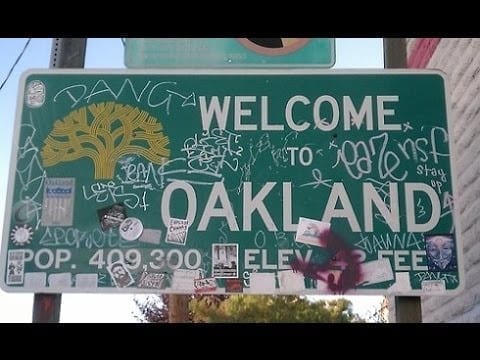 Gentrification hurts people without privilege. It means when newcomers erase and displace the histories and homes of locals. Most often occurs with wealthy newcomers displacing mid to low-income locals. I know this is true because I have experienced it myself. My parents have seen a lot of changes that have happened in Oakland and they told me about it. People of color that don’t have privilege can not stand up for themselves because they are scared. Plus the house renting is going up, they don’t have the power/ privilege to argue  when they want to.

People of color cannot go against wealthy people because wealthy people who are predominately white in gentrifying areas, have more power and control over People of Color. Racial privilege effect people who have a lower income. An article that I read “Rising Prices Pushing Blacks Out of Oakland Now, Too.” that talks about how White people are taking over Oakland it said, “The bay area’s traditionally black neighborhoods are slowly becoming White. First it was San Francisco’s Bayview-Hunters point, and now Oakland is losing some of its longtime black residents” (Nazarian). This is an example of people of color not having privilege because the quote talks about how white people are moving in Oakland and taking what the people of color have and taking it away from them. So if a wealthy person wants to do something they would just talk to the house owner and pay them then they would just kick you out of your house because you don’t have the power to go against them and stand up for yourself. It’s not good for some people because they don’t have families that live in Oakland and then you kick them out they would end up in the streets; Some of them might have kids and you  will make those kids suffer a lot. Also it would make Oakland look bad that there is a lot of people in the streets without a home.

Also people of color, who do not have class privilege, cannot go against wealthy people because the rents are rising up. I interviewed a woman that talked about how the rents where increasing fast she said, “this salvadoran lady told me that I couldn’t live in her house anymore because I worked at night. So she told me that I had to leave the house right away”(Ahilon). I interview Ahilon because she had an excellent source that talks about her life. This interview was important because she had trouble in her apartment. They kicked her out when she was about one month living there. This wasn’t helpful for her so she immediately had to find another house to live in. Additionally I interviewed a young lady and I asked her “ Have you experienced gentrification before in your life?” she said, “ I have not experienced moving houses, but I have struggled to pay my rent because it was too much” (Anonymous). I choose to interview this young lady because she learned about gentrification. I think she was a credible source because I know her about 4 years and she has been living her for 14 years and she has experienced a lot of changes in Oakland. If she couldn’t handle paying her rents and she didn’t have family members here she would be ending up  in the streets. So this is really awful because she wouldn’t have a place where she can live and she could just die of the cold because she doesn’t have the power to say no and that they can not kick out of her house.

Gentrification is not acceptable for Oakland because it hurts people that have lower income. The more wealthy people come the less people of color are going to leave Oakland. Some people may argue that gentrification is a favorable thing for example I read an article         “Who’s Really Getting the Benefit? The Impact of Gentrification on Health that talks” about how gentrification can make Oakland look good it said, “Improved housing stock, revamped parks and new bike lanes and grocery stores are some of the promised benefits of gentrification” ( Binkovitz). This quote shows what other people believe about gentrification. It is good to have gentrification in Oakland because it makes Oakland look good and look that it is wealthy, but takes a lot of homes from lower income people. So people of color that don’t have privilege can not do nothing about it because they are to scared, the house renting is increasing,they don’t have the power/ privilege to stand up for themselves. I still believe that gentrification is not acceptable for people that have a lower Income it destroys people’s lives and making Oakland look awful and not splendid at the same time.

I choose to interview Ahilon because she personally had experienced gentrification before. I thought she was a credible source because she talked about how she got kicked out of her house because she worked at night. The owner didn’t let her worked at night so how was she supposed to pay her rents.

I choose to interview this young lady because she learned about gentrification. I think she was a credible source because I know her about 4 years and she has been living her for 14 years and she has seen a lot of change in Oakland. The interview was about how she and her mom had trouble paying there rents.

People with higher income can improve house stock, revamped parks and new bikes lanes. But at the same time this is bad because the public health improvements cab rise and it will affect low-income communities. This is credible because it talks about the people who are actually getting the benefit. Alsoe because it was published on 2017 which was last year. So I could still use the source it wasn’t published a long time ago.

The biggest negative impact of gentrification in oakland is long standing community are broken up and displaced by the process of gentrification because they can no longer afford to live in the neighborhoods they have lived in for years. With the rent between $1200 and $1600 a month for a two bedroom. This source is credible because it talks about how there are 5 negative effects on oakland and one of them is gentrification that I bad for Oakland.

Dear Yojana,
I am shocked by your blog, “Effects On Gentrification in Oakland” because what you wrote about really opened my eyes and gave me a clearer vision of what someone whom experienced gentrification is like. I was amazed that someone I know had been kicked out of their home because of their class status. One sentence you wrote that touched me was when you wrote, “Gentrification hurts people without privilege… It means when newcomers erase and displace… I know this is true because I have experienced it myself.” I think this is very moving because it can teach people that anyone they know can be going through so many things. This piece of writing partly made me tear up because thinking about the fact that someone I know was forced to move out of what they call home based on their privilege is really unfair. Another sentence that I loved was “People of color cannot go against wealthy people because wealthy people who are predominately white in gentrifying areas, have more power and control over People of Color.” This stood out to me because it’s true what you wrote and sadly it’s what many people go through. Your poem reminds me of the time Ms. Goulder told us a story about a family that was kicked out of their home here in Oakland because the landlord took the white persons offer and sold them all the apartments. Thanks for your writing. I look forward to seeing what you write about next because what you write is really touching and moving to me!