Education should be free for everyone

Home Education should be free for everyone 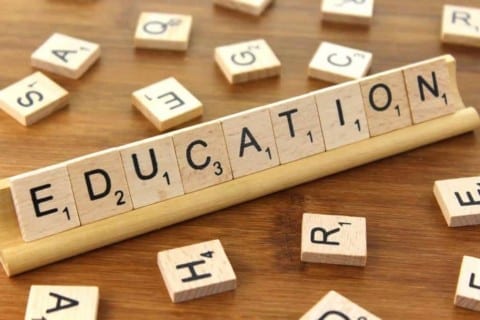 Should higher education be free for everyone?

Should education be free? One of the most relevant and asked question in today’s world. We all have passionate opinions on this matter, some of us may agree to the concept of free education or at least higher education and some may agree that the government have done already enough by supplying financial aid.Believe it or not going back to the 1800s, people could attend public colleges for free.The Morrill Act of 1862 enabled land-grant college to be created by states on federal lands so that higher education could become available to Americans in every social class.The goal was “to promote the liberal and practical education of the industrial classes in the several pursuits and professions in life.”

The cost of attending public schools has increased significantly during the last years and it is so high some students simply cannot afford it. These decreases the number of student with  lower-income families to attend any college even with the help of the government or federal aid.  In 2015, the total amount of student loan debt in America was estimated to be about $1.3 trillion and student loans are, by far, the most dominant type of financial aid. During the 2012-2013 school year alone, about 10 million college students took out student loans.In that same year, a federal Pell Grant covered only about 30 percent of the average cost of going to a public four-year college or university. Compare that to 1973 when a Pell Grant covered over 75 percent of the cost. Community college use to be free if you get Pell Grant but it changed to only about 60 percent in 2013.

In the other hand we can argue that the government has done its best to help students with lower-income families to attend college.More than $80 billion is spent each year by the federal government on post-secondary financial aid. In the 2012-2013 school year, that represented over 70 percent of all student financial assistance in the higher education sector. Although it benefits many students, the nation’s existing financial aid system currently fails to provide an equal opportunity to every qualified American.
Graduating with high amounts of student loan debt has been shown to reduce a person’s chances of owning a home, getting married, having children, and accumulating wealth.

According to estimates from 2013, young adults in America earn over 60 percent more if they have a bachelor’s degree than if they only complete high school. And there that believe that the if everyone is succeeding in a country it increases it economy. So the first step to create an advanced country is to get everyone in schools. We see all the effect of lack of education in places like Africa where the government can not afford to give a higher education to everyone and that is one the causes of lower economic income.
Students would be able to focus more on their studies rather than worrying about how to scrape together enough funds for each upcoming school term. As a result, more of them might graduate on time, ready to take on important jobs in their communities.

Please let me know what your opinions are on this matter!