Education Is The Key To The World

Home Education Is The Key To The World 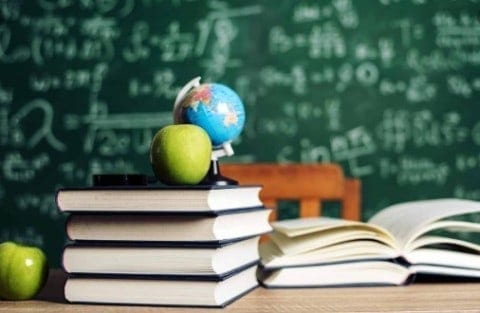 In our English class we decided to read three short stories. The first one is “Everyday Use” by the author “Alice Walker”. The short story is told in first person by “Mama”, an African-American woman living in the Deep South with one of her two daughters. The second story is “The Lesson”  by the writer “ Toni Cade Barbara” The Lesson” is a first person narrative told by a young, black girl named Sylvia who is growing up in Harlem. The last literacy fiction is called “ How to Date a Brown Girl (Black Girl, White Girl, or Halfie)” by Junot Díaz. The story is giving instructions on how to treat girls. The characters are able to classify them in groups which start to build a stereotype. Moreover, the three stories focus on some similar characteristic one that stands up is the character roots or background we see how all of them represent the African American ethnicity they carry pain stories through their life. Each story has a central point, that education is so essential because it is the only way people can defend themselves in today’s society . We see how the character needs to know about the current problems like inequality and the only way to overcome this is by education. It is interesting because we have been having the same problems imbalances between social classes.

The first writing strategy is imagery where people have the chance to use their five senses to imaginate the story in their mind. In “Everyday Use” the reader can draw an image of Maggie skin after her accident, hear how Dee gives attitude to her mother because she does not want to give the quilt to Dee. “How to Date a Brown Girl” people can hear the uneducate language that the character used to communicate. “The Lesson” the reader can see how expensive the toys are in the store. The second literary element is conflict which are problems that take place in the story. The three stories have man vs. society is the main issue, inequality between social classes. How the character tries to overcome this obstacle is going back to education because it is the only key to how people can change society.  The last writing strategy is characterization, the personality of a character. Here we see how each character is different and unique. We can also observe how their behavior is totally different from the beginning.

However, we still see some differences between the three of them. For example, the time when it happened is not the same but they have similar issues in society. The tone is pretty unfair though all the stories in one of more ways the reader would get that inequality is the main idea. In conclusion I believe that the authors are turning sandpoint to make them real and invaluable moments so the society can notice that history keeps repeating over and over.

I am envious of your essay, “Education Is The Key To The World,” because it shows a realistic point of view about life and how education plays its role in people’s life.

One sentence you wrote that stands out for me is: “that education is so essential because it is the only way people can defend themselves in today’s society. ” I think this is eye-catching because it shows that life is not about how much you have, but it’s about how you take advantage of the resources around you. Another sentence that I liked was: “The tone is pretty unfair though all the stories in one of more ways the reader would get that inequality are the main idea.” This stood out for me because it proves that it’s ok to not be satisfied with your current situation, but it’s not ok to be in the same place for the rest of your life.

Have you seen this book? I thought you might be interested in this because it tells you how to actually read a book.

Thanks for your writing. I look forward to seeing what you write next because I think the realism in your literature is so eye-catching and opens the reader’s mind.

I love the way that she let us know how she feels about education in just a tittle, I actually like the picture that you pick it shows a lot about your personality and how important is for you being educated

Hi Emely!
I thought that you did a fantastic job tying all of the books messages into one. Its really fascinating how complex each book is and how you were able to create a whole new perspective on their views. I think that your message is really important and that you have a cool way of explaining it.

Dear Emely Lopez:
I am fascinated about your short story, “Education Is The Key to The World,” because it shows us how we can use literary elements to describe a story. It is really impressive to show how identifyings those elements can help the readers to understand better what the stories are about. One line that stands out for me is, “Each story has a central point, that education is so essential because it is the only way people can defend themselves in today’s society . ” I think beguiling this line is because it is really important to know where education can take people. I can say that without education mankind will never be able to be where they are right now. Every new thing we can see and use today is because of education and now man can use that research to develop their intelligence. So education is not just being intelligent but it is teaching people what is the of having an education and being educated. Another line that stands out for me is, “In conclusion I believe that the authors are turning sandpoint to make them real and invaluable moments so the society can notice that history keeps repeating over and over.” I think this line is fascinating because everything has a role to play, that’s why things are repeating over and over. To make the world a better place we have to work it face to face. Thanks for your story. I look forward to seeing what you make next. I can’t wait to read more of your incredible talent. I love the way you use literary elements to expand your ideas.

Hi Emely,
These books sound really interesting! I like how you tied the messages of all three novels together, even if they are all told through a unique lens. It is really important that we take note of all the people who are currently writing to get the attention of people around the world to show them these critical messages. I think you would love to read the novel “Educated” by Tara Westover, or “I am Malala” by Malala Yousafzai as they also deal with the importance of education in the world today.
-erica s.

I really like your writing, since your title is your ‘hook’ that took my attention. The fact that education is the world’s key made your writing most likely to take people’s attention. I strongly agree with every single word you wrote in your essay. The way you figure out the writing strategy shows that you read the three stories very well. Isn’t easy to figure out the same writing strategies for three different stories, but you did it. After I read your essay, the three stories become one story with the same writing strategies. Your writing has the ability to persuade people and change their beliefs. Thanks Emely, I will be happy to read more of your essays, poems, and stories.