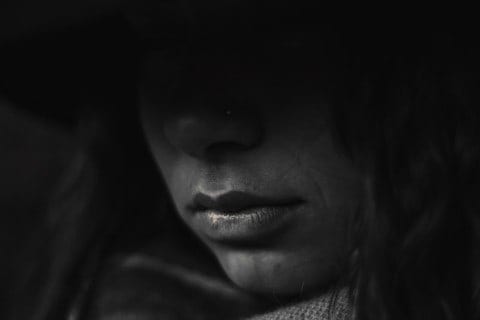 When I was 10 years old, I had my innocence taken away. I was manipulated and violated on more than one occasion by the same person. I am an abuse survivor. Before I came to terms with what had happened, I was severely depressed and had attempted to take my own life on two separate occasions. All this occurred before my 15th birthday. Needless to say, I grew up quickly. After 5 years of struggling, I had finally asked my mother if I could see a therapist. After 1 month of seeing my therapist, I was diagnosed with PTSD and depression. When I was first diagnosed, I was confused. I had the idea that only veterans had PTSD. My therapist explained to me that I was triggered by certain sounds or a certain smell.

When I’m triggered, I can’t move and struggle to breathe. Terror runs through my veins for what seems like hours but, in reality, it’s only for a minute. When I learned that what I was dealing with had a name, I was relieved. Knowing that what I was feeling was common for someone who went through what I did gave me a sense of peace.

Coping with my PTSD was something I found very difficult to do while at school. Loud environments triggered me easily, and I found it hard to concentrate on anything. I was always on my guard, and I stayed away from all people. Kids at school would trigger me on purpose just to see my reaction. It turned into a game for them. Seeing me freeze mid-sentence when someone drops a textbook on the ground was just a game for them. For me, it was a living nightmare. My classmates knew what happened to me and used it against me for their pleasure. I forgave them because I knew they did not understand what was wrong with me. They just assumed I was a freak who couldn’t be around people

This happened because we are not taught that mental illnesses are serious and should not be toyed with. When we educate people on the seriousness of mental illnesses, they learn that these illnesses are just like any physical diseases people have. They are just as serious and need to be treated. When people with PTSD go untreated, terrible things happen. They can hurt themselves and other people when their disease goes untreated. I went through the same thing before I got the help I needed. I was violent, slept very little which affected my mental health, and I made an attempt on my life.

Now, after treatment and therapy, I have some semblance of a normal life. I still get triggered easily, but I have learned, through therapy, to control myself and to push through it. It may not seem like someone you know is struggling through a mental illness, but the chances are that you know someone who is going through something. Because I wasn’t educated on the signs of PTSD, I did not know that I was going through the same thing. By educating people on the dangers of illnesses and by knowing the signs, people can understand that they are not alone, and they could get the help they need just like I did.

One of the phrases that stood out for me is ” when I was 10 years old , I had my innocence taken away ” i relate to this and I stand with you , same thing happen to me when I was 7 years old I am still coming to the realization to it it is something that never really goes away you just learn how to cope with it as time goes by and in the process realize that you have developed some disorders and then you also have to learn how to cope with that too . I was researching and I found this article that gave me a little bit more of information if you’d like to read it here’s the link ”https://www.psychologytoday.com/us/blog/trauma-and-hope/201704/overcoming-sexual-assault-symptoms-recovery ”.
I’m sorry you’re going through this , you are brave and strong for wanting to inform people and sharing your story and for the fact that you’re still here thank you for still being here . thank you for allowing people to know you a bit more . I look forward to seeing what you write next , because I felt connected with your story and i admire your bravery and the way you express yourself . I hope to see more of your writing and hear more about you and what you have to share . thank you for sharing

Thank you for sharing your story. I agree with everything that you said. And this story was long awaited and I am so proud of you for telling it because it could help someone else. I will you the best of luck

Thank you for sharing your story. I agree with everything that you said. And this story was long awaited and I am so proud of you for telling it because it could help someone else.

I’m sorry about what you went through when you were younger. No one deserves to go through something like that. You’re very strong for opening up about this, it’s courageous of you.