Echo and Narcissus- With a Special Twist

Home Echo and Narcissus- With a Special Twist 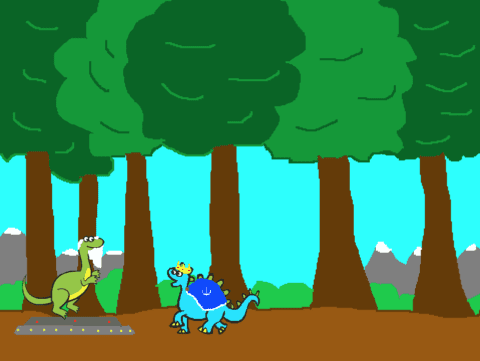 In the fairytale “Echo and Narcissus” written by Ovid. The main character, Echo, who is a nymph living in a forest comes upon the goddess Hera. Hera asks her if she had seen her husband, but he had told her to keep quiet. She did so and got punished with not being able to start the conversation and can only say the words someone else said. Later, she stumbles upon a beautiful prince and starts to follow him. With her new curse, she is unable to communicate her love for him and he quickly leaves her. He stops by a pond and looks at himself and falls in love. He sits there for days with Echo hiding in the brush behind him. He slowly turned into a flower and Echo soon after. In my alternate ending, Echo had exposed Zeus’s location to Hera and was rewarded with the power to sing with her mighty voice all throughout the land. Her and had also commended her on her singing abilities. I had first created a script, which I changed throughout the rest of the project. Next came the storyboard, which is a collection of pictures to show the story. Afterwards, I started the animation process. I chose this story because i thought it would be interesting if I added a twist with dinosaurs. Enjoy!

I included a chart of what I did and changed to help the reader understand the process better and show the reader what I did.