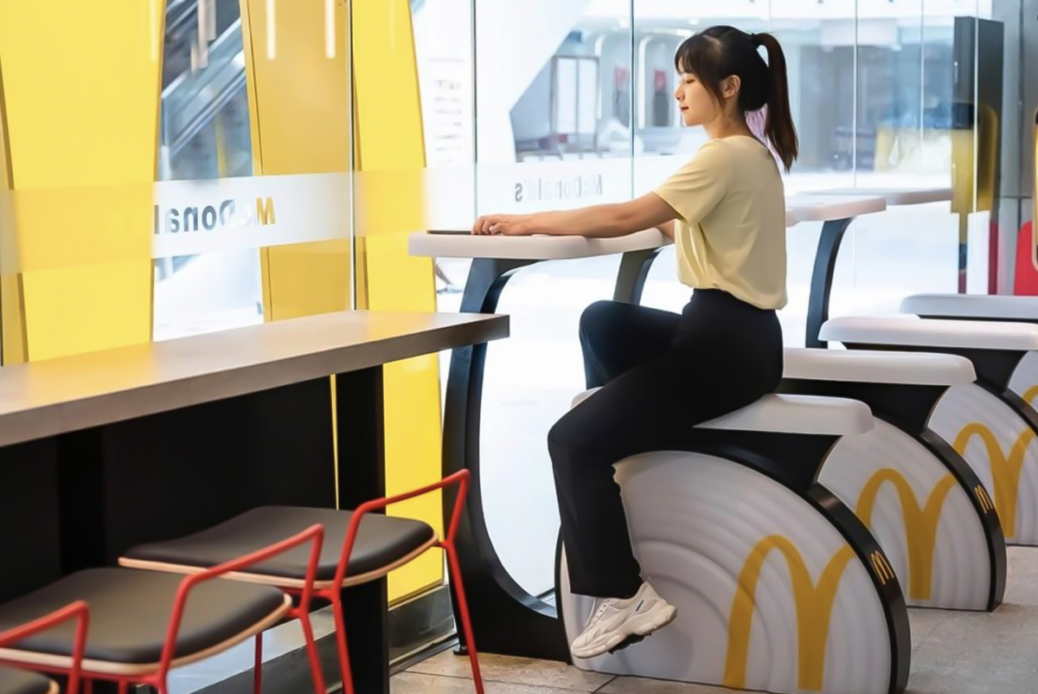 In the article, “Biking for Burgers”(Upfront) it talks about Mcdonalds placing electric bikes in their restaurants specifically in China. They are still debating whether they want to expand this idea to other Mcdonalds in the world. Many health advocates bashed on the idea of this as it doesn’t necessarily mean you’ll lose all the weight you are gaining. But, Mcdonald’s says this isn’t about calorie intake or loss but it is about them participating in green and low carbon emissions. They do this as when their customers ride the bikes it allows energy to go through to charge their devices.

Honestly I think it’s a somewhat good idea. Though I feel like the down side is many people would rather not exercise while eating their food. Also, how many people will be even likely to  ride these bikes if they did place them around the world in the Mcdonalds. I think it’s good in the message it’s trying to bring out about wanting people to use more electrical items rather than items that will produce carbon emissions. Although that may be their message it doesn’t make it very clear as that’s why many health advocates thought it was for something based towards losing calories rather than carbon-emissions.

What do you think about this? Would you ride one of these bikes while you eat?