Why Drugs Are Good

Home Why Drugs Are Good 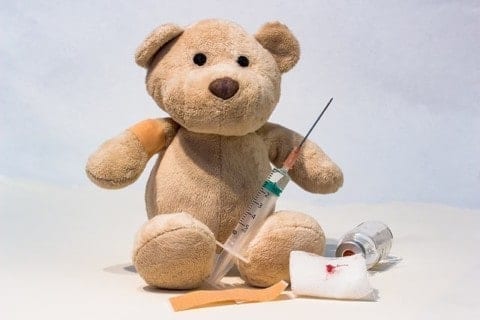 Do you have a friend/family member involved with drugs? Has it affected other people around them? It is clear that drugs can be positive and harmful because they can help as medicine or they can hurt people because they overdose.

To begin, drugs are beneficial because they can help people medically. For example, if people have headaches they can take aspirin which is a drug but it helps them not have headaches .To indicate that drugs are positive, in the article “6 Party Drugs That May Have Health Benefits” by Marc Lallanilla he illustrates that party drugs can have health benefits. Lallanilla is a credible source because he is a science writer and he has a master’s degree at Berkeley and University of Texas. Lallanilla uses the most well known drug “marijuana” as an example. He states, “The drug has been shown through years of scientific research to relieve chronic pain, prevent PTSD,  stimulate appetite for people with AIDS wasting. Syndrome, control nausea, and etc.” Drugs can be used to calm all these things down and help support a person back onto their feet when they’re having trouble, but that is just taking a small bite of the full cake. All those are problems can be treated with other medications or without medication. Furthermore drugs can be positive because it helps people not have stress and get relief from pain.

However drugs  can also hurt people. Another example on why drugs create an unhealthy lifestyle is because people can exceed the amount of dosage and overdose making them unhealthy. In the article, International Overdose Awareness Day powered by Piktochart it informs the readers about drug overdoses. This source is credible because the website gives out the sources they used to write about in their web page and The  International Overdose Awareness Day is also trying to promote awareness about overdose worldwide.  It reads, “In the U.S 43,982 people die every year from drug overdose and an average about 120 deaths per day” (International Overdose Awareness Day). This statistic is indicating how many people are dying because of drugs. This is a big number it makes one wonder why people overdose on drugs. It also makes me wonder why people are using drugs and not using them for medicine. In conclusion drugs are unacceptable because people get killed for overdosing on drugs.

In conclusion, drugs can help people live because it helps people get treatment and helps them when they get sick or when they have a headache. On the other hand, it’s best to stay away from drugs and for the people around each other to stay away because people can overdose and harm themselves or others. In the end, people should learn to take on a healthier lifestyle to become a role model for the younger kids around the community to not abuse drugs and only use them medically and intelligently.

Yo Kevin,
Great execution of the topic! You did a great job including both sides of the argument. You were arguing that drugs were helpful but made sure to warn about the dangers. It’s important to recognize both sides of the picture even if it weakens your argument. As Michelle said, addressing the other potential consequences would strengthen your paper. I also liked your hook under the thumbnail. The first half drew me in and the second outlined your topic.

Thanks for commenting on my blog. What school do you go to.

I agree with you I feel like drugs can be helpful or it can also harm people. You have a lot of great ideas in but i feel like you can be a little more detailed other than that this was wonderful and interesting. I enjoyed reading this also you can talk more about the consequences.

Dear kevin
I am satisfied with your, post because you have two different point of views.One thing is you said drug is good for people health issues it could help them.second you said it could lead into bad habits by keep doing the drugs and having bad health care.
One thing you said that stands out for me is: “Another example on why drugs create an unhealthy lifestyle is because people can exceed the amount of dosage and overdose making them unhealthy”.I think this is interesting,because in reality most people in the streets of oakland use lots of drugs and is very unhealthy for them.
Your post reminds me of something that happened to me. One time my first time smoking weed is when i was in west virginia.My whole body was feeling very differently and i was very paranoid.All i want it to do when i was feeling my body num is trying to go to sleep so i could be normal again.

Thanks for your project. I look forward to seeing what you write next, because i could bring to you a lot of great ideas about drug use for teenagers.Also what not to do while using drugs and what to do.

I am happy about your comment. do you think that oakland needs to make drugs just for medical people thanks for commenting on my blog it makes me feel good that I posted it.

Dear Keviiiiiin,
I agree with what you have said about drugs being both good and harmful to people because some drugs are a cure or somehow help the human body when it is damaged and that drugs can also be harmful when used incorrectly.

Thank you for writing. I look forward to seeing what you write next.

Thanks for looking at my blog how has drugs affected our community.