Should Drugs Be Decriminalized in the United States?

Home Should Drugs Be Decriminalized in the United States? 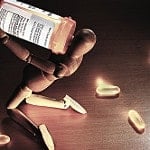 Richard Nixon created the War On Drugs, as a war on races. He came out and said that he is doing it to put African American People in Jail. This war is still going on today and needs to stop now with the decriminalization of all drugs. To many people are in prison for such small drug crimes.

Oliver,
Great post! Your post talks about some interesting topics. I agree with your argument that less harmful drugs such as weed should be decriminalized. I also agree with your ideas about how our congressmen should represent the people’s opinions. I think that in your next post you should talk about how the prohibition of drugs increases violence in the black market because buyers and sellers can’t resolve disputes with courts, lawyers, or arbitration, so they turn to guns instead. I think you should take a look at this article for your next post: http://theweek.com/articles/445005/why-all-drugs-should-legal-yes-even-heroin

Oliver, I find your topic interesting. I guess I would agree with you in the sense that less severe drugs such as weed should be decriminalized. But any of the other class 1+ drugs should not. The way I see it is that if something is going to be legal, then all restrictions should be lifted in less serious cases. The issue with this topic is that there is always going to be different circumstances for each case which will make it hard to place an argument. Overall, I feel that you have written a great post. Here is a link to a website that would lead you to further your support. These are the states that have decriminalized pot. http://norml.org/aboutmarijuana/item/states-that-have-decriminalized