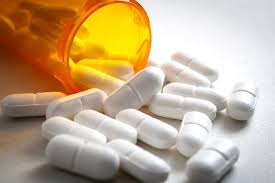 Do the authorities seem to care about the drug problem in Oakland? Simple answer, no.

Based on the research opioids are a huge problem in Oakland that people should be aware of. This is true because there is a large amount of people in Oakland who are addicted to drugs and no one is doing anything about it. 47,000 people died due to opioid overdose in 2017. many of those deaths were because of heroin (LiveStories).

Young teens become easily addicted to drugs. According to the article titled, Drugs and Young People it talks about what causes young teens to become addicted to drugs, it states, “Stressful early life experiences, such child abuse, child sexual abuse and other forms of trauma. Parental exposure to alcohol or other drugs. Having peers and/or friends who use drugs” (Medlineplus.gov). These situations end up with the teen being a victim to situations that they can’t control. If people weren’t so irresponsible around others then teens wouldn’t be tempted to start using drugs. Another quote that backs up this claim is by the same article and it states, “Knowing your children’s friends. Setting limits, to teach your children self-control and responsibility, provide safe boundaries, and show them that you care” (Medlineplus.gov). These are ways that could help to prevent a teen from abusing drugs. An adolescent feeling like they are cared for is a very important feeling they should feel because usually when they don’t feel cared for or ignored they might want to do something to grab their parents attention, like using drugs.

Opioids are a main cause of homelessness in Oakland. In the article published by a website titled,  Drug Rehabs in Oakland, CA which is dedicated to helping people with addiction, it talks about how the reason why lots of people are using heroine is because their doctors stop giving them prescribed meds that contain a bit of heroin and they rely on heroin that’s being sold in the streets. Because of that they end up becoming addicted to heroin and they end up being homeless. Officials counted 1,400 homeless people in 2015 (Addictioncenter.com). By now the number of homeless individuals must of risin considering that no one seems to care about this problem. Oakland resident, Vicky Flores states in her interview that on multiple occasions she has seen homeless teens who use drugs around Oakland, thus supporting the fact that there is a lot of homlessness here due to drugs.

According to Jose Gutierrez, an Oakland resident who has lived here for over 25 years he states, “Once I was attacked by someone who was on drugs and was escaping the police. Living here is dangerous because crazy things like this happen” (Gutierrez).  Innocent people have to constantly deal with individuals who can’t control themselves and there is nothing that they can do about it but suffer. Later on in the interview he states that if the authorities cared more about this problem he wouldn’t have to deal with thinking about being attacked again. Some may argue and state that the police are doing their best to take care of the problem however, when Barnini Chakraborty interviewed Mika McCants she states, “Their answer to that is nine times out of 10, ‘If you call us and they are not harming you or your business, we are not going to come out. You can file a report online or you just need to attend the city council meeting and express it there,”(Barnini Chakraborty). The police thinks that people under the influence of drugs aren’t a threat at all and they seem to believe that dealing with them is a waste of time. This proves that there isn’t much of a possibility of the drug problem being taken cared of in the future.

In conclusion the use of opioids are a huge problem in Oakland that people should start paying attention to. This is true because no one is doing anything to solve this problem. The large usage of opioids in Oakland are causing homelessness, death, violence, and teens being tempted to use drugs. If the police don’t start doing something that will dramatically lower the usage of opioids in Oakland a couple years from now the rate of deaths and homelessness will go up by a ton. Maybe after a while Oakland won’t even be a place where anyone could live at. Currently it’s an ok place to live in but there is no way of knowing if it will ever become a more decent place to live in in the future if there isn’t anything done to fix this problem.

She sees young teens using drugs in the streets. She thinks that If police were more strict on drugs being given out there won’t be a major drug problem here. Vicky is credible because she has lived in Oakland for 16 years. Also when she was working she had to walk to her job and  she would witness people on drugs in the streets.

People hurt others while under the influence of drugs. The government needs to do something about the drug problem or more and more people will die. living in Oakland is dangerous and scary at times. Jose has lived in Oakland for almost half of his life and has seen lots of neighborhoods and how it is there.

This article talks about what kind of drugs young people take and why. It also talks about

ways to prevent them from using them. Medlineplus is a website

This article is about what the most used drug is in Oakland. It also talks about opioid epidemics. What makes this source credible is that this article was last edited in May of this year and the author writes a lot about opioid painkillers and drugs.

This talks about how many deaths there were due to opioids up to 2017. This is credible because it has statistics of deaths up to 2017.

Hello Sugeiry!
I really enjoyed reading your post and agree with you in that drug abuse is a problem that needs to be addressed more often due to the impact it has on both the individual abusing and those in the community. While drug abuse can be initiated by a variety of reasons, I felt that it was a very important point that you brought up was the effects that just viewing others’ use and abuse can have a large influence on teenagers. As we know, the teenage years are a time of growth and development both physically and mentally, so it is important to provide teens with resources to get the support they need so that they do not self medicate with opioids or alcohol. As you mentioned, the lack of resources is also a very large issue. Sadly many of the resources that are available come at a very high cost or those that are free or made affordable lack proper funding and the necessary amenities to ensure the largest possibility of success for those who choose to seek help. I definitely believe this is a very prominent issue that more people should express interest in learning about and helping. Thank you for informing us of the topic and a great job on your post!

Hey Sugeiry!
Drug abuse is such a huge issue, it can happen to all people, unfortunately. The medications put you on a high and as you use it more and more often you’ll become so addicted to the point where you can’t live without it. It’s an issue amongst all populations, mostly college students and older, and while it’s talked about with people there aren’t many resources available. There are also not many resources that are free, some require you to pay thousands of dollars to receive treatment and that is a lot to ask for, some thinks it’s easier to just pay the $20 and then get their next high. My grandma lives in Albany, so it’s close to Oakland, and I can already see how much Oakland needs to change. Your article was well written. I also think that the city of Oakland needs to support their citizens more because how can people from low-income families rise up? It’s a cycle, the poor are meant to stay poor and the rich stay rich. It’s easier for some to work a part-time job and take drugs than to save money and go to college to get a degree, sometimes society makes it impossible for people in poverty to climb out and it’s really sad because as a society we should be lifting each other out, and as soon as people start working together then I believe there would be a decrease in the number of people who do drugs.

Hi Sugeiry, my name is Sandra and I am currently a student at SJSU. I thoroughly enjoyed reading your post because it was interesting to learn more about the homeless rates and opioid usage in Oakland. I have seen similar issues in San Francisco, and it makes me sad that our community and government has failed to help those struggling with drug usage. Along with failing to help users, our community seems to have failed its citizens as well. “Their answer to that is nine times out of 10, ‘If you call us and they are not harming you or your business, we are not going to come out. You can file a report online or you just need to attend the city council meeting and express it there,” I believe this quote and it is unfortunate that this is a common occurrence in cities struggling with these issues. Like you’ve stated, those who use opioids/other drugs tend to end up in situations they can no longer control. If only we were able to do more to help those during difficult times in their life. Thank you for taking the time to inform readers on important issues that may sometimes go unnoticed in our communities.

Sugeiry, you present important information on a very serious problem in your community – and in our entire country. My son lives in Oakland (I live in the Chicago area), and when I visit him I’ve witnessed the homelessness you describe. There are many reasons for this opioid crisis, and you present some key points, beginning with families – “An adolescent feeling like they are cared for is a very important feeling.” So true! As an 8th grade teacher, I believe our students need to know that adults care about their lives.
You write, “no one is doing anything to solve this problem.” While your frustration is understandable, I suggest you consider that help and support can be found in sources other than the police; there are organizations in Oakland that are focusing on this issue.
I appreciate your concern and I encourage you to continue to share your views!

Dear Sugeiry, You article was one interesting one I didnt think I would come upon. I wasnt aware that Opiods led to a lot of homeless people in Oakland, and I am glad you put that out there. Teens being surrounding by it is not good as well, itll lead them under the freeway like most homeless people becoming like them. You article informed me a lot, Thank you.

Thank you for reading my article, it means a lot. Something that stood out to me in your comment was that you were not aware of the opioid problem in Oakland. It stood out to me because I think that it’s pretty obvious that there are drug addicts here. Thanks again for reading 🙂