Dress Codes Are Geared Towards Women! 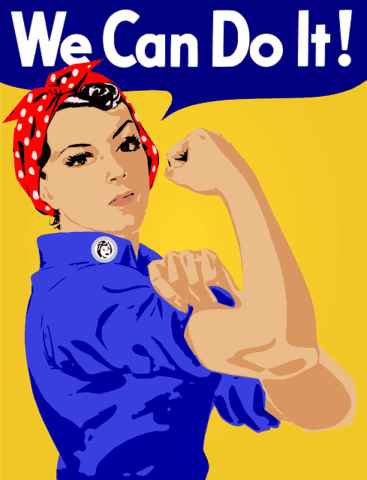 My school has some rules I find unfair to females. If a male wears a beater or racerback tee or the like an official won’t say anything, but since females have breasts were unable to wear them. Breasts shouldn’t be viewed as a sexual object, it is a part of the female body.  I Honestly feel like “shoulder-less’ shirts should not be a problem. If showing a shoulder is deemed “distracting” to others, then maybe the student needs to be talked to. A shoulder shouldn’t distract anyone. I think my school is also very contradicting we have a rule of “no wrist bands” but yet they’ll reward a student or give you a wristband for a pep assembly; “Why give out an item that’s supposedly banned”. They honestly pick and chose what dress code they want to go by. From a personal experience, when I ran Cross Country we were allowed to run in sports bras, within a few weeks we weren’t able to because it’s “inappropriate” and “distracting” to males. BUT if a football player walks around shirtless after practice nothing is said to them. Also, last year there was a rule of no thick headbands because they “LOOK” like earmuffs. I don’t see the point of this rule if the headband looks like something it’s not you can’t wear it. Although, I do make very valid points there are some rules I understand like, no gang related insignia/clothing, no bare midriff, thin tank tops and pajamas.

I am intrigued by your post because it is about dress codes that most schools have. I, personally, don’t think that dress codes are only meant to be followed by women. What’s wrong is how ‘social conditioning’ continues to prevail the majority of people. Both men and women are supposed to follow the dress codes, but men can sometimes be ‘excused’ from this rule for not having what women have. In my opinion, people should just be responsible for what they wear and think about its appropriateness.

One thing you said that stands out for me is: “I honestly understand why schools have dress code so kids won’t come to school wearing anything but the dress code is too strict and geared towards females”. I think this is interesting because this statement emphasizes how women are treated differently regarding dress codes. I just genuinely think that the school just wants everyone to be presentable and proper.

Taniya, I love all of the points you make. I think I can bring an interesting side to this discussion being a male. I strongly agree with your argument, and can even attest to the fact that many body parts that are banned to show, theoretically are not distracting to most men. The double standards for men and women in schools is horrific and needs more attention so I really appreciate this article!

Taniya, I completely agree with you! Our handbook has so many rules about dress code and almost none of them apply to the boys. I understand that to a certain extent it’s not okay to wear certain things, but for the most part it is your body and should be your choice. Especially when someone says it is distracting for others because everyone that’s not your fault, it’s theirs for being distracted. Thank you for posting!

I fully agree with you females are forced to dress a certain way because of looking too “sexual” or “inappropriate” because males doesnt know how to control themselves. we shouldnt have to have a dress code because they dont know how to act right around a female and not be sexual and we should be equal to wear what we please just as males are able too

Dear, Taniya I fully agree with you,I’ve noticed it even more when I got into high school. When a female wears a tank top it’s a problem because shoulders are distracting, but when a guy wears one nothing is said about it. I understand why they have a dress code but it should be mediated between both males and females. If a guy only gets told to pull their pants up when they sag then they can be lenient about the types of pants or shorts that girls can wear.

Taniya,
I agree with you one hundred percent when you said that “Dress codes in high school are more lenient to males than females.” I’ve almost gotten dress coded for small simple things that shouldn’t even be considered “distracting”. I find it very stupid that faculty and staff make it seem like were the reason why boys get distracted. If they cant control themselves because a females shoulder is showing them maybe they should talk to someone about their rape tendencies.

I agree with dress codes! especially at my school our school says we aren´t allowed to wear crop tops I wanna know why? whats wrong with showing a little stomach I think teachers are over reacting they act like we aren´t wearing any clothes at all. Dress codes should change it´s not fair.