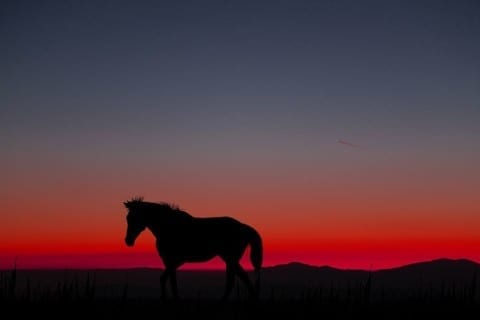 In America throughout history, we address the idea of dreams, that build the country up from where it started to what it is today. Although our society continues to be built on dreams, they have been altered through failure sometimes or other things in order to fit a change that has occured in a time period or situation. The reasons for these changes in a dream might be different, but one thing is common with them all, which is probably in part a reason why people are attracted to come to America. By allowing failures and mistakes that change our dreams to teach us lessons, American’s can continue to grow and achieve new dreams that are born from the ashes.

Now, failure is believed to be a bad thing, but that isn’t always true, especially in American culture. It is an opportunity to grow and learn from your mistakes. In Brian Scudamore’s article The Art of Overcoming Failure and Dreaming Big he states, “Failing forces you to reevaluate where you’ve been, think on the spot, and learn to pivot”(Scudamore, para 9). From this quote, you can see that failures pushes you to take action, causing a need for a new dream to take its place. Your old dreams might have failed, but if you learn from the failure and alter the new dream to make it better, then growth and success can still occur.

In John Steinbeck’s The Red Pony, we see a major example of this through symbolism. In the book, Steinbeck uses the red pony, also known as Gablein, as a symbol to demonstrate how dreams and failures affect people. For example, Jody, the main character, has the dream of having Gablein and riding him everywhere. This dream allows us to see how dreams motivate Americans to work harder and try their best at things. However,When addressing the other part of symbolism about the pony,  we see the effect that loss and failure have on a person’s ability to dream again or their work ethic. When Gablein falls ill and continues to grow sicker, Jody feels a deep sense of regret, embarrassment, and failure. This causes him to fear doing anything like it again in case he messes up. Even though this affected Jody, instead of allowing it to control him, he used it as a lesson to try harder in everything he does so it will have a better outcome hopefully next time, demonstrating the belief of many Americans of never giving up.

Throughout American society and History we can see different examples of this too. For example, Walt Disney. Disney failed many times before succeeding with Disney World including his first animation company going bankrupt (Asbury para 5). Or what about Thomas Eddison? He invented the light bulb, but it took him nine thousand attempts to do so (Asbury para 4). As you can see, many famous people tried and failed many times to achieve their dreams and ended up succeeding in the end. All it takes is a little determination and learning from mistakes to get them there.

You can also see the positive effects of failure in people of today. For example Aly Raisman, the two time Olympic gymnast for the USA. In her autobiography Fierce, she talks about how people didn’t always believe in her because she was an underdog. One line that I think really relates to this topic from her book is about building yourself back time each time you fail, no matter how many times it takes. She states, “But I worked ferociously, pushing myself so hard I would eventually catch up. Struggling, falling behind, and climbing my way back became my normal” (Raisman 28). Her experience shines a light that shows that she has failed many times, but instead of giving up she got back up everytime and eventually achieved her dream.

Failures are often considered to be a bad thing, but that just isn’t the truth. While they can be disappointing and hurtful at some points, they also push us to change our dreams and learn from our mistakes in order to improve. This gift that failing gives us in terms of dreams is an amazing thing and should be more encouraged in our society today.

Asbury, Neal. “The American Dream and Why failure is Part of the Solution.” ManzellaReport.com, 11 June 2015, http://www.manzellareport.com/index.php/u-s/1009-the-american-dream-and-why-failure-is-part-of-the-solution

Caroline,
I love your ideas here! I think most people in our generation view failure as this terrible thing. In reality, we can learn from it. Your ties to history with Disney really helped me understand your point here. I also love the work you did with tying this to what you’re reading! Good work!