Home “Don’t You (Forget About Me)” 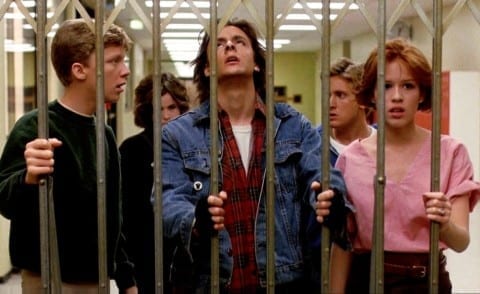 Most kids growing up in the 2000’s were most likely watching Disney Channel or maybe Nickelodeon. But when I was younger, my mother would always put on 80’s movies and TV shows. Of course, I’m not complaining! 80’s movies taught me about kindness, how life isn’t always a fairytale, and the ability to empathize with other people.

The movie that especially stood out to me was the movie The Breakfast Club. The Breakfast Club is an impactful film that conveys the change of concrete thinking of a “single story” and the ability to understand differences between one another by putting forth empathy. The film also further explains that when you put forth empathy it involves experiencing another person’s point of view or adapting to the behavioral aspect of caregiving.

The “popular girl,” “the basket case,” “the geek,” “the bad boy,” and “the jock.” All of these characters display empathy at one point or another throughout the film. For example, when “the bad boy”, John Bender, talks about the abuse from his parents many of the other characters like Claire Standish (“the popular girl”) empathize with him because they only assumed his single story of being a failure or a criminal.

Furthermore, the article “The Dissolve Reviews” states that “Regardless, those of us who grew up with The Breakfast Club aren’t kids anymore. We’ve grown up, gotten jobs, become parents. Some of us may not even use the term “neo-maxi-zoom-dweebie” on a regular basis anymore. (Some of us.) It’s only natural for us to look at The Breakfast Club now and empathize more with the adults than we used to, perhaps even to notice that Hughes’ portrayal of grown-ups here is more nuanced than it initially seemed.” This quote further shows how empathy plays a huge role in this movie and in the lives of the listeners. It helps depict how as we learn and grow we continue to empathize with others because we are better able to understand that people are more than just “a single story.”

Throughout the movie, we also see a behavioral aspect of how all the characters react to one another. According to “Very Well Mind”, “Empathy leads to helping behavior, which benefits social relationships. Humans are naturally social creatures. Things that aid in our relationships with other people benefit us as well. When people experience empathy, they are more likely to engage in prosocial behaviors that benefit other people.” This quote overall depicts the true meaning of empathy and how the behavior of individuals impacts our view on a “single story.” Our behavior is what we put out into the world and by putting this behavior out we are communicating with hours.

The movie Breakfast Club is the ultimate representation of empathetic behavior and how it impacts the way we look at a “single story.” The sentence “We’re All Pretty Bizarre. Some Of Us Are Just Better At Hiding It; That’s All (Breakfast Club)” shows how none of us are perfect and how we are more than what a person thinks of us. You are more than “a single story,” and always remember BE YOU.

Chaney, Jen, and By. “The Adult Sympathies of The Breakfast Club.” The Dissolve, thedissolve.com/features/exposition/952-the-adult-sympathies-of-the-breakfast-club/.

I am “pleased” by your post ““Don’t You (Forget About Me)”” because of it’s hidden idea for empathy towards another/empathy in general. Especially when you use the iconic movie, The Breakfast Club.

One sentence you wrote that stands out for me is: “The “popular girl,” “the basket case,” “the geek,” “the bad boy,” and “the jock.” All of these characters display empathy at one point or another throughout the film.” I think this is informative because… we get the background on the characters and the reason why each of them were so different. Because of what they were they never got to know each other until now.

Another sentence that I found was: “The Breakfast Club. The Breakfast Club is an impactful film that conveys the change of concrete thinking of a “single story” and the ability to understand differences between one another by putting forth empathy. This stood out for me because it sums up everything perfectly.

I do agree with you that these teens got together and enjoyed each others company with empathy. One reason I say this is the obvious diversity between all of them.

Thanks for your writing. I look forward to seeing what you write next, because I love the Breakfast Club and your understanding is truly great.

When it comes to empathy, I think that this movie is the perfect example to get your point across. I like how you used stereotypical names for each of the characters to show the idea of a single story and how not everyone is what they may seem. Your point on how empathy helps improve people’s behavior toward others is thoroughly and well displayed through your example of The Breakfast Club, and really helps the reader to understand what message you were trying to get across.