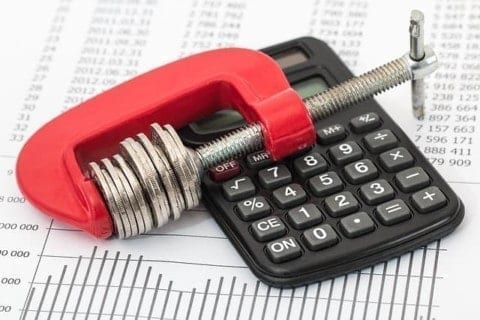 America is in debt. We have a massive deficit that needs to be paid off. It would be logical to begin to cut internal spending to balance the budget, and even earn a surplus. But what do we cut?

It’s reasonable to believe that everything should be reduced in some way. Reducing military spending, reducing social security, reducing government paychecks, and reducing spending for conservation are all up for deliberation. The Interior and Environment Appropriations Bill was passed last year and will be enacted this year. Its own brief summary states: “Bill will rein in burdensome regulation, make investments in the nation’s natural resources, help fight damaging wildfires, and support Native communities.” It dictates which organizations and projects are funded and which ones they don’t wish to pursue.

On the opposing side, they agree that every spending part of the government must make cuts and sacrifices, “but this bill cuts far too deeply into funding for the kinds of cooperative, results-oriented conservation programs we know to be both popular and effective. It also includes policy language that undermines the ability of government to protect our nation’s air, land and water.”

Another factor to consider is how much of the budget is actually going towards conservation efforts. It’s about 1% of the budget. It’s been roughly 1% of the entire budget for the last thirty years. This means that conservation is cost-effective. For so little, we are actually slowly getting to where we need to be. Cutting the programs, the budget and finding, and the regulations can only do harm.

The fact is, we need natural places and the only way to keep them around is to preserve through conservation. All the way back in 2011, the Mississippi threatened to overflow and to damage New Orleans and Baton Rouge. They would’ve if there wasn’t the Atchafalaya Basin, a 1.3 million-acre floodplain forest. The U.S. Army Engineers opened floodgates along the Mississippi and were able to divert waters into the basin whose mashes absorbed the excess water. This gave respite for the levees that were at their breaking point.

What would’ve happened if the government didn’t protect that land year ago?

With our population growing and our demands for food, water, shelter, and energy along with it, we need to ensure that our natural resources are protected. With our changing climate and the droughts and floods it entails that will harm our supplies of food and water, we need to make sure we have natural places that can handle both our needs and such threats.

US citizens do actually care about the environment. 74% say that the country should do whatever it takes to protect the government. Of course 32% say the government has gone too far. The number of Republicans saying the later has increased since 2004, widening the gap between the two parties by 38 points.

55% believe that the environment is a top priority for the new administration and Congress. Though when put up against Terrorist attacks (76%) and strengthening the economy (73%) it doesn’t seem to be that impressive. One could argue because it’s support isn’t as massive as the other two then it should be reduced -that’s what the new administration is doing anyway- but the majority still says it should be considered and taken seriously.

When it comes to Republicans and their supports, 58% said that environmental laws and regulations cost too many jobs and hurt the economy. This was only 34% in 2007. With no increase of spending, it’s curious that the party and its affiliates are growing more and more opposed to conservation. We are out of the recession…

There is also an age gap. While older people tend to be less concerned with conservation, those sixty-five and older are three times more likely to say they make an effort all the time. 75% of the population says they are particularly concerned about helping the environment with their actions.

So there is concern and for the most part, the concern is supported by the majority. if we are to balance the budget, cutting conservation spending a) isn’t going to help with it’s small percentage of the budget and b) something valued and important to US citizens.

I found your post very interesting. Specifically when you said “With our population growing and our demands for food, water, shelter, and energy along with it, we need to ensure that our natural resources are protected.” I agree that our government needs to make a change in order to help conserve our natural resources. You bring up many good points about how to go about protecting our environment. I would like to read more about this subject and I look forward to reading your next post.