Domestic Violence Against Women and Children 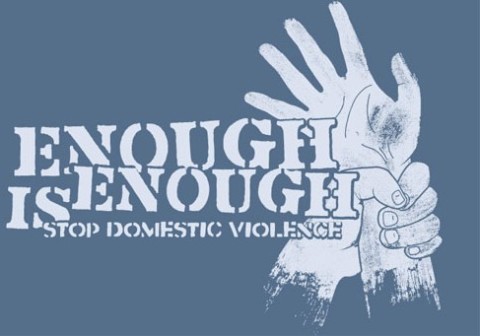 Did you know that “1 in 15 children are exposed to intimate partner violence each year, and 90% of these children are eyewitnesses to this violence”(NCADV). This statistic is horrible, that is why we are choosing to write about Domestic violence against women and children. We are going to write to W.O.M.A.N., Inc because we want to work with them to bring awareness about domestic violence against women. W.O.M.A.N., Inc is an organization that is trying to stop domestic violence against women and they provide comprehensive services. They are an ally because they work with survivors of domestic violence to help them get over the trauma that they lived.  To start In an article called “What Causes Domestic Violence?” by Toby D. Goldsmith, MD, the article talks about the causes that can cause domestic violence in a family. The article explains, “Abusers may feel this need to control their partner because of low self-esteem, extreme jealousy…Some people with very traditional beliefs may think they have the right to control their partner, and that women aren’t equal to men… Still, others may have learned this behavior from growing up in a household where domestic violence was accepted as a normal part of being raised in their family” (Goldsmith). The quote matters because many people that do the abuse are more likely to have been abused as a children, or want control, and/ or they think the men has more power and that it is okay for them to treat them like that. The oppression that they experience is Institutional sexism because the people (mostly men) believe that they have the right to abuse their partner and kids.

Moreover, in an article called “This is How Many Women and Families are Affected by Domestic Violence” by Jessie Van Amburg (she is the senior associate editor at WomensHealthMag.com) talks about how many women have experienced domestic violence. Amburg says, “More than a third of American women have been victims of domestic violence at some point in their lives, according to a 2010 report by the Centers for Disease Control and Prevention. Twelve million people per year report experiencing rape, violence or stalking by an intimate partner. While domestic violence affects men and women, women are the victim in 76% of cases, according to the Department of Justice” (Amburg). Women are the ones that are more likely to get abused in their lifetime. Men are more likely to do the abuse because they might think that they are more important than the women and that the women have no right to say anything. This also matters because the abuse can sometimes turn very bad very quickly which their partner might end up killing them and many women are left hospitalized when they are in a domestic violence relationship.

People that are affected by domestic violence are mostly the children and the women. The people who do the abuse are more the ones that benefit from this inequity because they are most likely to have more power and control in the relationship. The level of oppression that is used is interpersonal and internalized oppression. Our allies are organizations that help women and children that have experienced domestic violence. Probably the victims that have been oppressed because they are the ones that are trying to make a change in their lives. But the opponents that we have are the people who do the oppression. The people who hit the other person because they are not going to want to get caught or lose the power that they have.

This are pictures of past tactics of social change. 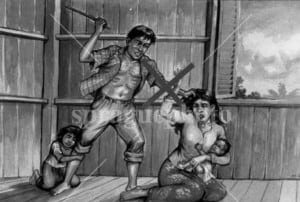 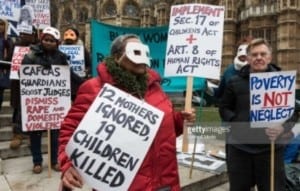 These are successful because art that is shown out for everyone to see help other people who haven’t experienced domestic violence see a bigger picture of what it is and see far beyond the art and not just itself. Protests are beneficial for domestic violence because the people walking out are addressing out to the community a big topic. It’s a very known topic.

In conclusion, we are fighting to stop domestic violence against women and in order to do this, we are going to raise money for an organization called W.O.M.A.N., Inc that helps women that have experienced domestic violence.

Any amount of money will help.

This article was about some facts about domestic violence. The article also talks about the percents of both men and women and the abuse that they have experience. This is a trustworthy article because the article is not bias as only counting women or men experience but instead it includes both genders. The article also gives information where a person can get help if they need it and they will get support.

This picture is about domestic violence it’s a serious topic that is talked about and has made actions for it to be able to stop. The protest is an action that occurred in the month of October.

The thing that caught my attention was that you pointed out how domestic violence could affect in different way how it affects families in different ways.Something you did pretty well was to provide lots of evidence to back up your topic. 🙂

Hi, My name is Ariana. I really liked your article and I like how you said that domestic violence has a lot of affect on families because many parents may take anger and stress into their own hands and it can affect the kids/children’s lifestyle and childhood. I think in the USA there is a lot of teenagers and kids that grow up belong scared or very independent due to things that happened between their parents or at home. Maybe some kids even don’t have a relationship or bond with their second parent because of the use of violence that they took out on the other parent.

Something I liked about your writing was that you pointed out this topic and trying to help the people that are going through this domestic violence.” … Still, others may have learned this behavior from growing up in a household where domestic violence was accepted as a normal part of being raised in their family” (Goldsmith).I agree with this quote as well because I think if yo grow up in a home where there is domestic violence children are going to grow up thinking it is okay and normal.

My name is Evelyn Diaz Garcia and I am a student at Fremont High School here in Oakland. I just read your project blog post and I have some feedback.
One thing I liked about what you wrote was that you guys really took the time to add many information that informs people about this issue.The information you guys provided us is great because you guys didn’t only give us sources and quotes from articles but you guys also gave us numbers and percentages that showed us more about how bad this issue is.You guys really did a great job keep it up.Something I have a question about is What inspired you guys to write about this issue?

Thank you for sharing your project!
Evelyn

Your blog post was very informative! You did a really good job including multiple sources for evidence. Just make sure you include your own analysis on what the sources are showing. It shouldn’t be mainly quotes but rather a few quotes throughout your analysis.

Good research and information for your blog post overall! Just don’t let your sources do all the talking. You clearly know about the issue you chose and I would love to see more of your own ideas!

I would first like to applaud your initiative in bringing light to an issue that is so often neglected or tip-toed around. I believe the topic of domestic violence is one that should be discussed more if we are ever going to decrease the amount of domestic violence we have in the US and here in California. As far as using credible sources goes, I think you are on the right track by citing people that are actually researchers or reporters within the field you are covering. One suggestion that I would make to you would be to acknowledge the fact that women and children are not the only victims of domestic violence. I realize that the organization you are working with specializes on helping women and children specifically, however in order to give validation to your post I think commenting on this fact would only help you. Especially in a time when feminism is at the brink of our social issues, it is relevant to mention that men are also often victims of domestic violence and are usually shamed into keeping quiet about the fact. Following this acknowledgement, you could then reiterate how W.O.M.A.N Inc. focusing on helping women and children, which is why they are the focus of your post. Aside from this, I think you have done an excellent job presenting your topic and wish you luck with the final product!

Please feel free to respond with any clarifications or questions you may have for me specifically. I would be happy to give further feedback or help 🙂