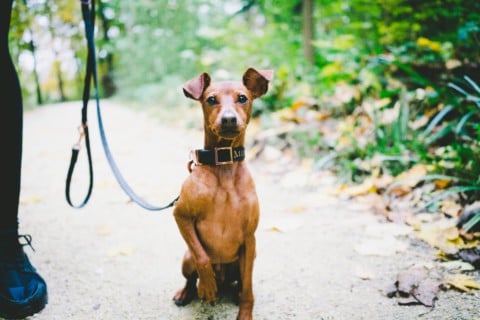 In the article, “No Petting” I learned that there is no need to train a dog to be more friendly although it is best for the owner and the pet itself it doesn’t necessarily mean that training a dog can be attainable. In an article by Philip Galanes he mentions a story about a family that struggled with strangers petting their dogs without asking for permission. This led to the dog growling or snapping at the strangers who approached the dog. They question whether they should train their dog to be friendlier with strangers or to be more direct with the people that are eager to touch their dog. Philip Galanes response to their question was that even if a dog is well trained it can snap at people, so the best thing to do would be to say “No, he snaps” to the strangers wanting to pet your dog.

I think this topic can be very controversial. This topic can go in two ways: you either believe a dog should be trained or you don’t. I personally believe if you are able to afford someone to train your dog it would be best to do so. Although, dogs can snap out of nowhere even if trained you can have that as a way to prove your dog is trained and can be taken anywhere. I also agree with Philp Galanes if you are not able to get your dog trained, just simply tell those people who ask if they can pet your dog the truth and let them know that it wouldn’t be safe for them. Therefore, it isn’t a big need to train your dog but it would be good too.

Do you agree or disagree with Philip Galanes’ response?

Dear Litzy I liked how you talked about how a dog doesn’t really need to be trained to be friendly with other people or even with the owners. I liked how you said that you need to warn the people who are trying to pet your dog that to be careful because he might growl, bark, or may even bite. Something that stood out to me was that you gave your opinion and said that if you are able to afford someone to train your dog then you should go ahead and train it. I look forward to what you will write again.

Dear litzy i am very impressed about your post “Dog training” Something that i really liked was that you dont really need to train a dog but that it would be best for the owner or owners. I also liked that you said “They question whether they should train their dog to be friendlier with strangers or to be more direct with the people that are eager to touch their dog” i believe that whether the dog isnt trained it can still be friendly but that all depends on the dog as well. Something that stood out to me was that was either you should train a dog or you dont.
Thank you litzy . i look forward to see what you will write next.