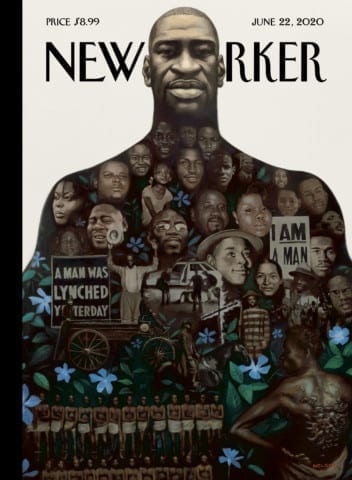 In the article ¨George Floyd´s Death Sparks MAssive nationwide Protests¨ by Patricia Smith regarding the long and repeating history of police violence against black American people in the U.S. The main deaths that brought outrage for the repeating police brutality towards African Americans were the cases of George Floyd, Ahmaud Arbery, and Breonna Taylor.George Floyd death was recorded  by a bystander as the  police officer held his knee on Floyd´s neck and he suffocated. Then it was followed by the murder of Ahmaud Arbery who was also a black man who was shot while jogging in the neighborhood of Brunswick, Georgia by a former police officer and his son. This infuriated the public even further and sparked protests around the world supporting the Black Lives Matter movement.The countless lives of black american people kept coming and another that was brought to the attention of many was the death of Breonna Taylor as she was shot as she slept in her home. Protesters argue that white privilege is real. As there has been many incidents repeatedly showing immediate violence against African Americans mainly. They argue that if a white male and black man were both holding guns into two different scenarios then the white man would be arrested while the black man would be killed in the spot. They say this is their white privilege. That based on color they expect the minority group to be criminals and whites to be good American people. So can the governement really protect minority groups…or is the system corrupted and it only protects white Americans?

I am also part of a minority group and I will never fully understand the struggle of the African Americans but I will stand by them. It is so sad to see how they are discriminated against because of their skin color. The difference of treatment between a white american and african american is wrong. How come there has been school shootings planned by white males and they are not shot on the spot? They are murders but they are simply only apprehended but if a black american is suspected to have a weapon they are shot? This boils my blood to think of those who have died because of racism. May they rest in peace. Please if you’re reading this then take a moment and fill out a petition to file for justice for Breonna Taylor in the link below. Thank you and may God Bless YOU!