Does us think lesser because internet?

Home Does us think lesser because internet? 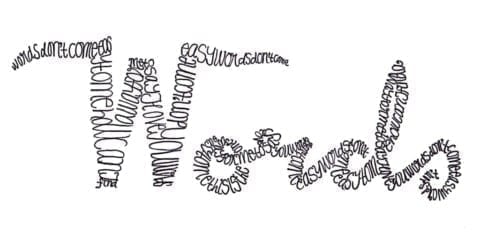 Every second, the internet transfers over 51 thousand gigabytes of data, and each day Google processes over 3.5 billion searches. These are mind-boggling statistics from this internet statistics website, but what is less well understood is the effect that massive data flow is having on the mind. As The Atlantic writer Nicholas Carr puts it, “what the Net seems to be doing is chipping away my capacity for concentration and contemplation.”

But is that the only effect? With so much information readily available and easily referenced, cross-referenced, and double-cross-referenced, the scientific and engineering communities have seen massive booms in nearly every field of study. An experiment or invention could be completed and replicated within a day nearly anywhere else on the globe – and results could be shared in real time. Global events and politics have been impacted in unimaginable ways – with a quick search, one can glean the most important information for the day, the week, or a hundred years past. The issue comes in how that information is organized, and why it became that way.

The concept of gleaning information quickly is a relatively new one, and it is economically incentivized for internet-based corporations. The way it works is relatively simple: advertising pays per view, which generates a push for quick flitting from hyperlink to hyperlink for websites. The way to get people to move is relatively simple as well: spread out information, and give “digests” or “summaries” that are enough for a cursory glance but won’t satisfy an avid reader. The result? Webpages are designed to push the reader from link to link, moving like a caffeine-frenzied monkey from address to address. The system is training people to skim information, fidget around for a bit, and zip along to the next one because that is how the system makes more money.

This invention of ten- or two-second repositories inevitably simplifies text. Although people are reading more to take full advantage of those pockets, the language used is simpler. According to an n-gram search provided by FiveThirtyEight of Reddit, words like “complex”, “language”, “that” and “phrase” have declined in use rates while others have stayed more or less constant (“crazy”), and a few have experienced rocketing growth – including abbreviations such as “lol”. Even “the” and “that” have declined in use. While Reddit is not necessarily indicative of the internet at large, the trend is noticeable elsewhere. (If you take a look at Google’s n-gram engine and compare words like “hippopotamus” and “hippo”, you will notice that the abbreviation tends to climb while the lengthier word declines, particularly in the mid- to late-1900s and 2000s—coinciding nicely with the advent of the internet).

Just because there is a correlation does not imply causation, an important distinction to make, but one of the most noticeable features of dystopian literature is a simplification or stripping of language (from Newspeak in 1984 to book burning in Fahrenheit 451 and the more modern simplified vocabulary of Brave New World). Although the world is not heading to unthinkington as these novels may have you believe, the language we use is changing because of the influence of the internet. In the end, it is up to each person to keep thinking and challenging themselves and those around them, against the negative influences of humanity’s most esteemed tools.

Hi Eric,
I found this post to be interesting, it really got me thinking on how the internet might influence us and our thinking. We spend so much time on the internet reading articles, and social media and so on. I agree with your last paragraph, it is our responsibility to keep thinking and challenging our brain.