Does Trump Provide For The Common Defense?

Home Does Trump Provide For The Common Defense? 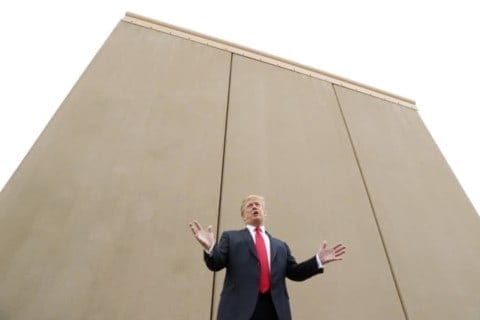 One of the roles that associates with providing for the common defense is chief legislator. Chief legislator is the President’s power to influence Congress in lawmaking. President Trump can urge Congress to pass new laws or veto bills that he does not favor. This ties back to providing for the common defense because President Trump is allowed to urge congress to pass laws that would protect the citizens of the United States. For example, on October 18, 2017 Trump allowed the Elder Abuse Prevention and Prosecution Act. This bipartisan law “establishes requirements for the Department of Justice with respect to investigating and prosecuting elder abuse crimes and enforcing elder abuse laws.” This was enforced in order to protect the elders and this is how it relates to providing for the common defense.

Another role that relates to providing for the common defense is chief diplomat. Chief diplomat is truly important because The role of chief diplomat allows the President to influence worldwide foreign affairs, such as wars, peace treaties, disaster response, and United Nations meetings. This allows the President to provide for the common defense because he can protect citizens by declaring a war to defend us, call for peace treaties, etc. For example, President Donald Trump was the first US President to have a meeting with a North Korean leader. This meeting resulted in Trump and Kim signing a document in which they agreed to “to work towards complete denuclearization of the Korean Peninsula.” In exchange Trump agreed to “provide security guarantees.” In doing this President Trump has demonstrated himself as providing for the common defense.

Last, but not least another role which provides for the common defense is commander in chief. The President is in charge of the U.S. Armed Forces: the Army, Navy, Air Force, Coast Guard, and the Marine Corps. President Trump decides where troops shall be stationed, where ships shall be sent, and how weapons shall be used. Military generals and admirals take their orders from Trump. In December, President Trump was debating whether or not to pull out U.S. troops out of Syria. It was only till February that he decided to not pull the troops out, but his goal was to provide for the common defense in doing this. This commander in chief role provides for the common defense.

President Donald Trump has demonstrated his power of commander in chief through his decision to build a border wall. This border wall is intended to prevent illegal crossings from Mexico to the United States. Trump stated “They’re bringing drugs. They’re bringing crime. They’re rapists.” He is providing for the common defense because he is preventing drugs, crime, and rapists from crossing over to the US and in doing so he is protecting US citizens. President Trump did not have the funding he needed to build his wall so he had a government shutdown which lasted 35 being the longest U.S. shutdown in history. The purpose of this government shutdown was to obtain the funding that was required, and even this was not enough so he is currently attempting to declare a national emergency. The whole purpose of his attempts to build this border wall is to provide for the common defense.

In conclusion, an important purpose of our government is providing for the common defense. The President of the United States fulfills this purpose through his different roles. Three of his roles are chief legislator, chief diplomat, and commander in chief. It is important for us to understand how the government works because it affects nearly every aspect of our lives.