Home Does the death penalty stop the crimes happen? 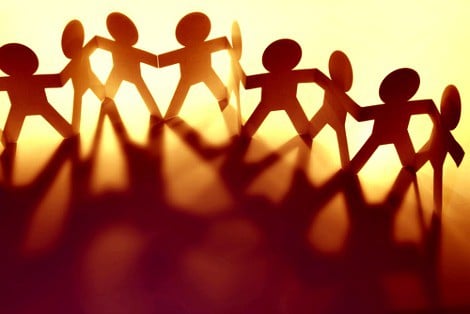 There is a controversial issue in our current society, “Does the death penalty stop the crimes happen?” There are extreme parties on each side to support or deny the appliance of the death penalty. Here are the arguments that I conclude and research below.

Some believe that the death penalty can stop crimes happen because of deterrence. Deterrence is the action of discouraging an action or event through instilling doubt or fear of the consequences. In the article, Death Penalty Information Center, it mentioned, “The essence of the theory is that the threat of being executed in the future will be sufficient to cause a significant number of people to refrain from committing a heinous crime they had otherwise planned. Deterrence is not principally concerned with the prevention of further killing by an already convicted death-penalty defendant,” it stated that if people are sentenced to death for their severe crimes, they will probably think deeply before killing for fear of losing their own life, which will decrease the crime possibility.

In conclusion, some people claim in the US; the death penalty serves as a deterrent that makes violent crime decreases for the executions. Nevertheless, some argue that executions brutalize our society because government and supporters diminish respect for life when the death penalty is allowed. The critical point is that the deterrent only works on those criminals who have consciences, but how can we ensure those criminals have the moral sense or just being a psychopath, who even probably enjoy the deaths. Therefore, the death penalty has become an intractable problem that makes people confused about where to begin to confront and treat it.

I am fascinated by your post, “Does the death penalty stop the crimes happen?” because this is a controversial topic people talk about. This is something that could be good but people might not like.

One sentence you wrote that stands out for me is, “ it stated that if people are sentenced to death for their severe crimes, they will probably think deeply before killing for fear of losing their own life, which will decrease the crime possibility.” I think this is important because if people realize that their life is at risk if they commit a crime then they wot do it.

Thanks for your writing. I look forward to seeing what you write next, because you wrote about something people don’t like to talk about. These types of conversations bring out the views of everybody that is involved like your and mine.

Dear Danny,
I am intrigued by your post, “Does the death penalty stop the crimes that happen?” because I think this view can be seen in many different perspectives that leave it down to similar answers. In some ways death penalty is the idea of taking someones life away in order to pay for their crime rather than having them suffer and waste their life in a cell.

One sentence that you wrote that stands out to me is: “if people are sentenced to death for their severe crimes, they will probably think deeply before killing for fear of losing their own life, which will decrease the crime possibility.” I think this thought can be instilled into many minds but as well the thought of doing heinous crimes already deal with punishments such as life sentences. So my only question is wouldn’t the idea of rotting in prison be enough to install the fear of being locked up forever rather than the death penalty paying for a short amount of time to pay.

Thanks for your writing. I look forward to seeing what you write next, because this was a good way to see others thoughts on why the death penalty should exist or not. I would like you to continue telling your thoughts on these topics.

Hello Danny.
I really like your topic about the death penalty because there can be possibilities of mistakes.
I agree with your saying that the death penalty doesn’t care about human rights, and I think no one deserves to take someone’s life.
Here is the link might help you think more about the topic: https://countercurrents.org/2020/02/death-penalty-and-the-anti-thesis-of-it
Thank you.

Hi Danny,
I found this issue controversial because different states have different laws on death penalty. In my point of view, no one has the right to take others’ lives away, even that person had killed another person. It’s not a problem if death penalty is effective, but it’s a problem if we are right to do so.
https://eji.org/issues/death-penalty/