Does our government attempt to control what we are thinking?

Home Does our government attempt to control what we are thinking? 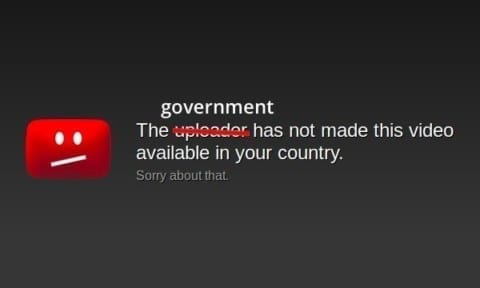 The term “fake news” has rapidly increased in usage and meaning over the past two years. A quote popularized by President Trump, it is used to make reputable news sources seem like liars. Many people are concerned about the popularization of this, simply because it is being used by the government to control what the citizens think of the information they are hearing and reading. By calling reputable sources “fake,” the government is encouraging citizens to not believe the news, even if it is true and can be backed up by science and data. This allows the government to attempt to control what information citizens are receiving in an attempt to disperse agenda ridden information regardless of the verity of the information.

The potential severity of the problem can be seen in the novel. 1984 where a branch of the government, the Thought Police, is completely in control of what the citizens are thinking.  You can’t think anything that goes against the Party without the fear of inevitably being vaporized. The Party has complete control over what the citizens are thinking and uses it as way of eliminating the people who do not agree with them. At one point, George Orwell goes far enough to say, “A Party member lives from birth to death under the eye of the Thought Police.” (Orwell, 265) While this may seem like an extreme example, the government is attempting to do the same thing to the US citizens. You don’t necessarily fear death for your beliefs, but some people fear discrimination and an invalidation of their beliefs. People everywhere twist facts to push along their system of belief, even if it isn’t based in science or facts. This article says, “Propaganda and biased news is the result of unscrupulous reporting, or politically-aligned publishers.”

There isn’t an easy solution to this problem, because it has been happening for so long and it will take a motivated society to change it, not the actions of one or two people.  The easiest solution is to take the time and energy necessary to fact check things that news sources are saying. Research everything you read, see if it has been reported on by multiple reputable sources and fact check to make sure that an data being cited comes from a reputable source. In a perfect world, the other solution is to break away from biased  and/or common media sources, such as CNN, Fox News, etc, in favor of independent, unbiased news sources, such as The New York Times and BBC. However the actions of one or two people can make a slight improvement. This article suggests that readers “be more reflective. Don’t believe everything you read, but consider the possibility that it’s false.”

Other people might argue that there simply isn’t enough time to fact check every single fact that is read or heard. It would take more time to have to research the facts and to ensure that you are a researching using reputable sources, but isn’t it worth it to make sure that the information you are reading and potentially sharing is actually true.  Another argument is that it would be almost impossible to completely eliminate biased sources. The best ways to detect bias are to look for a lack of context (or quotes being taken out of context), to see if headlines are click-bate, and to research into the author and publisher of the article.   While this is true, people could change the amount of trust they have in these sources and recognize that most authors write with an innate bias. By considering this, in conjunction with the fact checking, people could start to think for themselves and break away from thinking what the government wants them to think.