Does film influence society or does society influence film?

Home Does film influence society or does society influence film? 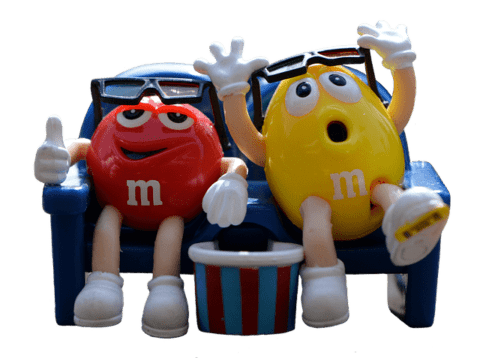 You know the does art imitate life or life imitate art age-old debate? That is taken in an entirely new form here. However, rather than a one or the other argument, like the previous question, the question I pose is: does film influence society or vice-versa? Here, the two are intertwined together, like a river connecting two reservoirs. So the answer is film and society both influence each other greatly, but so much so that neither one influences each other more.

“Good movies communicate the culture, values, hopes, dreams, successes and failures of our societies, both to us as Americans and to the rest of the world. Today, every developed country and many developing nations are producing noteworthy movies and through the power of global distribution such movies are being enjoyed by audiences worldwide.” Movies are one of the best art forms for artists to create, simple because it is the epitome of many art forms put together. “Combining as they do, sound and pictures, music and artistic cinematography, acting and dialog, movies convey ideas, emotions, and artistic expressions with greater power and range than any other form of entertainment.” But this all comes from the filmmakers. Movies are created by the filmmakers who want to express something (a theme for example) in a visual medium. This can be done through their own experience as an artist and their own ability to create, or by other people’s experiences, cultures and events. In this sense, society influences movies. Society contains many themes, ideas, stories and events for movies to portray onscreen. If the filmmaker uses the substance well, they are able to tap into the emotions the influences do and leave the audience with a powerful emotional message.

This is where film influences society. Due to the powerful messages and ideas society has to offer and the prevalence of movies in our world, movies are a ubiquitous way to share those messages. “Last year worldwide box office revenues for American films reached a record high of $26 billion, with almost $10 billion coming from the U.S. alone. Add to this the retail value generated by films on DVD and TV you quickly arrive at revenues in excess of $100 billion. This puts the film industry almost on par with the U.S. airlines industry.These statistics are impressive in view of the proliferation of mass media that compete with movies for our time, attention and our information and entertainment needs.” So the film industry is very profitable and very mainstream in all of the world. As such, most people have or will be exposed to movies and the issues/messages it will offer. “People of most walks of life experience movies, from the working class to the super-rich, and it provides a common experience for society to talk about issues with a bit of ‘safety net'”. When this is done, the general public can have greater awareness of an issue that was unknown at the time. This can inspire people to make changes in society or inspire them to make movies about issues they care about.

We have now come full circle. As I have just shown, the influences of society and film are both connected and seek to serve each other. Do not be fooled into thinking into one or the other, as both can have powerful effects on the other.

(Due to trouble viewing source, here is link if you can’t read the first hyperlink)

I think there is a difference between a film and a movie. A movie is something that serves to entertain an audience, for example The Avengers (2012) lacks artistic concepts. But, the movie is extremely entertaining. Whereas, a film is art, it has a purpose and message. For example the film The Lobster (2015) has a deeper message and reflects societies dull idea of love. So, a movie is influenced by society to be entertaining and has the sole purpose to make as much money as possible. Thus, they target as many people ass possible. But, a film influences society, and is influenced by society at the same time. They take concepts from our everyday life and turn them into something beautiful with a message and tries to influence you into believing something. Great paper.

I think society influences film, and film influences society. They go hand and hand some things aren’t even thought about until it is seen in a film. That is why it is important to make certain films that make people aware of what is happening around them. It is like giving a person a chance to walk in someone else’s shoes in a sense.