Does Age Define Your Maturity?

Home Does Age Define Your Maturity? 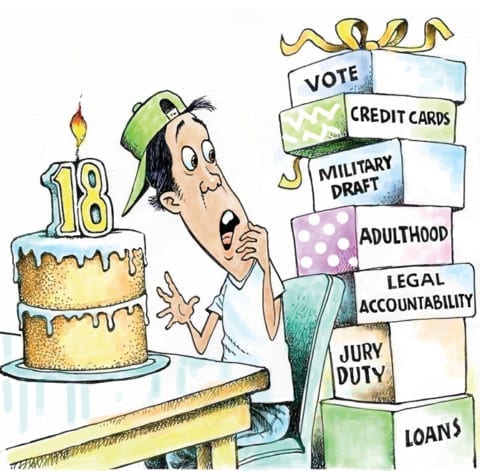 In the article, “When are you really an adult,” I learned that in different societies, the age to be considered an adult varies. In Vermont, State Senator, John Rodgers believed that 21 year olds are capable to be developmentally mature enough to safely process them. 18 in America is believed to be a good age for becoming an adult since they become legal adults and responsible for their own actions. Now in different countries such as Japan and Albania, believe that the proper age to adult is 20 (Japan) and 14 (Albania). Adulthood age was normally at the age of 21 and got lowered in 1971 when the 26th Amendment lowered the age to vote from 21 to 18.

I agree with you that 18 years old is very young but looking at the other side of things people can be young and more mature than someone who is in their 20s it’s about people’s life experiences and how they’ve dealt with the obstacles they faced. Maturity is not about age but about how well we’ve learned from the things we’ve been through.

Dear Juan,
I found this piece quite interesting! Your research on adulthood not only in the US, but in other countries was quite intriguing, and a topic I have never thought about before. I agree with your statement at the end, 18 years old does seem to young to be considered an adult. I think this topic opens up extensive discussions about age and maturity in all sectors of our lives. If one is not mature at 18, why can they still be drafted into the army to fight and die for our country? Contrastingly, if age is just a number, why is the voting age nationally 18 when age doesn’t correlate to mental capability? Your writing is quite thought-provoking!