Do you think that human rights and civil liberties are being disregarded at the border and with the allowing of hate groups?

Home Do you think that human rights and civil liberties are being disregarded at the border and with the allowing of hate groups? 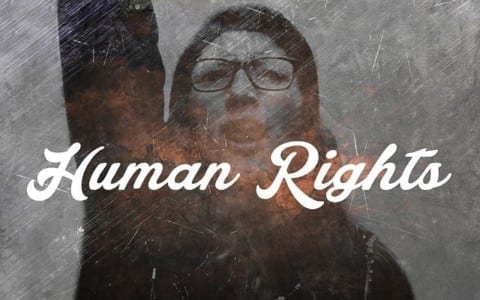 Do you think that human rights and civil liberties are being disregarded at the border and with the allowing of hate groups? This is a huge issue and I would like to bring the severity of the problem to your attention.

Human rights are rights that all human deserve regardless of race, sex, and backgrounds. The united nations define some of the most important rights as “the right to life and liberty, freedom from slavery and torture, freedom of opinion and expression, the right to work and education”. http://www.un.org/en/sections/issues-depth/human-rights/  Apart from these rights there is a list of over 70 more. It is the responsibility of the government to do what they can to make sure their country helps provide these rights to their people. Civil liberties are specific to the U.S. and they are stated in the bill of rights. The bill of rights states these civil liberties as” freedom of religion, freedom of the press, freedom of speech, freedom to petition, and freedom of assembly”.

These human rights and civil liberties are a big part of human life but right now in many countries, they are being ignored. I believe that one of the main problems in our society is fear and the subtle allowance of hate groups. Right now there is a lot of fear and controversy about if and who should be let into the United States. The U.S. has immigration laws set in place, but crowds of people fleeing war-torn and violent countries are trying to seek refuge in the U.S.  This refusal to let people into the U.S. is going against some of the main human rights but it is still well within the law of the U.S. I think that there needs to be a medium within national laws and the laws of human rights. There has been an effort to help the refugees but it was responded to by violent hate crime. According to SPLC (Southern Poverty Law Center), some hate crimes have been said to be fueled by president trumps prejudice. https://www.splcenter.org/hatewatch/2018/12/13/worship-houses-washington-state-hit-arson-gunfire

Hate crimes have gone up since president trumps swearing-in, but many of them havent been recorded. According to SPLC there has been a 17 percent increase in hate crimes since just last year. The national government hasn’t been doing anything to stop these crimes so some of the state governments have stepped up and are trying to stop these hate crimes. More and more states are becoming more accepting of all different types of people. In one case a school district in Tampa has changed rules in order to help cater to the needs of transgender students. https://solutionsu.solutionsjournalism.org/stories/transgender-students-finding-a-voice-in-schools This shows that some people are doing things on state levels to try and help the problem.I believe that if people are more aware of the good things and improvements people are making it will inspire them to make improvements.

This problem is very serious and these proposals are of solutions to help the problem. I propose to bring attention to the rest of the nation by more media being focused on the good things people are doing for human rights. I propose to legally combine some sections of the Bill of Rights with some of the most vital human rights. This would be a long process but it would nationally set a new definition of immigration. This proposal would make the problem at the border easier to handle because there would be specific laws on how to handle that kind of situation.

Another proposal to fix this problem would be to provide more publicity about ways to help refugees and bringing awareness to the cause in a positive way. We could also make an effort to provide a better environment for the ones that make it to the U.S. another thing that would help would be to make sure the media puts out both sides of the story. Nowadays we only hear what the president is saying about the situation and there is just gossip surrounding what he is saying. A solution to slow down the formation of hate groups is to make sure the police force is doing their jobs and reporting hate crimes when they happen. The next step would be to publicize the shame of hate groups through the media. With the police force enforcing the laws and if it is well known what the public opinion is about them it should help discourage peoples involvement.

Human rights and civil liberties are being disregarded in the U.S If these proposals are put in place they would drastically help the so that the most important human rights can be followed. This proposal will also help reduce hate crimes happening in the U.S.

Here’s a link to my NowComment annotations for these articles: https://nowcomment.com/blogs/122131