Do You Care About The Homeless In Your Community

Home Do You Care About The Homeless In Your Community 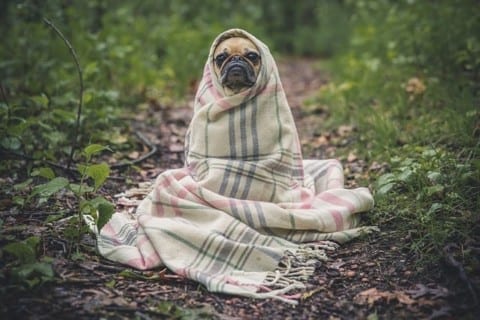 Do You Care About The Homeless In your Community?

How many homeless people have you seen in Oakland? They are everywhere in the streets. There are tents with people who are homeless and don’t have money to buy a house or an apartment to live in.  They are filled even with people that have low wage jobs that can’t even afford rent. Everyone should help the homeless even if only a little bit because a little can help and something little can be big. So many people don’t know the actual struggles of being homeless. There are many struggles of being homeless, one of them not getting water or not getting home cooked meals or even warm meals.

I have had an interview with an Oakland resident named Laura Brugos which she is a mother of 5 and she said “We have a lot of struggle with rent it has increased over time and it’s tough to find better jobs with good wages the rent has gotten really high and most of my friends are moving away because of the rent that has been bad and only good for the people who own the land”(Burgos). This stood out because it is true the rent has gotten really high up. I have also seen some of the homeless go through where some are pushed off some land. Some residents would call this “they are a disturbance” but in reality where are homeless suppose to go if they don’t have anywhere to go? Why should neighbors say terrible things to them? But there are good people in the world where they donate some of their things to the homeless and would like to help them get out of their horrible situation where outside is cold and have a hard place to sleep.

A lot of homeless don’t have anywhere else to go right after they are evicted out of their house and don’t have the resources to get back on their feet and start a better life people should donate and help those that are in need of help. This can be supported by a website called “www.oaklandhomelessresponse.com” Where an infographic shows how many people sheltered and how many people are unsheltered this is what the infographic says“

”(.com). This shows that there are still so many people that need help and need the resources to stand back on their feet and to start a better life, one without poverty holding them back.

For an additional interview with other Oakland resident which is a mother of 3 and her name is Lourdes Trujillo Something that stood out was when they said “ I have seen many homeless under a bridge which many of them fight and burn each other’s tents for revenge and many with needles and alcohol to forget their past but making a worse future drinking and taking drugs”(Trujillo). This part of the interview has stood out because people turn from civilized human beings to savages which we destroy each other when all hope is lost. People then turn to drugs and alcohol for a way to get away want to forget the situation that they are under where they don’t have money. This rich or middle-class people should help those that are in poverty and are homeless.

The rate of becoming homeless has increased over the years. Many more people have been on the street with no home and people are going to be homeless. This can be supported by a quote from the city of Oakland which they have stated “ Homelessness in Oakland is a crisis. Between 2015 and 2017, the number of homeless individuals in the city of Oakland increased by 26 percent, and we are not alone: California accounts for 50 percent of the nation’s homeless population”(City of Oakland). This clearly states that the chances of being homeless has increased over the years and are still increasing. Therefore many people will have a likely chance of being homeless in Oakland than any other place in the United States. In conclusion, the rate of being homeless is higher than before and is still increasing.

In conclusion, homeless rates are increasing and will stay increasing and people should help the homeless. These facts and evidence are undeniable and can help people contact websites where they can donate and help stay up to date with the rent increase. Where people can go against rent and show that it is a terrible option to increase rent. Everyone needs to speak up about the homeless and how it affects them in a horrible way. Some might think that homeless are terrible people but they just want to be like us with a life and job to keep their hard earned money and a roof over their head to keep them warm. Homeless are humans too not animals that can be just thrown in a street and just survive. EVERYBODY should speak up and be aware of these actions!

In this interview, I asked a oakland resident about their thoughts about the homelessness in Oakland

In this interview, I asked a oakland resident about their thoughts on high oakland rent and what is their impact.

In this website, it shows an infographic about homelessness in oakland and other cities