Do We Still Need the Senate?

Home Do We Still Need the Senate? 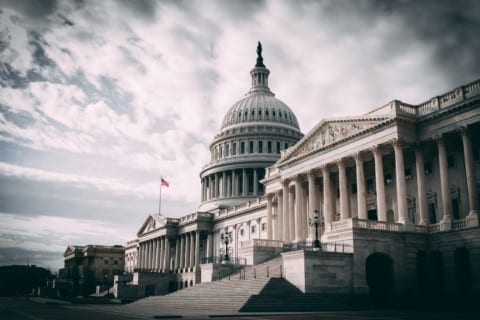 Obviously, we cannot just get rid of the United States Senate. What would all those career politicians do with their newfound free time? The private sector? I shudder at the thought of it. And think of all those Yacht payments they need to make… without lobbying money, they’d be sunk! (No pun intended.) No, far too many loose ends and emptied second homes in the Hamptons. We can’t just throw out the Senate, a body firmly established and enshrined in the Constitution. But does this body still serve the people? The answer is no… and it always has been. (Vox.com)

The purpose of the Senate is to serve the States, and it has been since the very beginning. It goes without saying that the idea of two Senators to a state flies in the face of proportional representation, but we pretend as if this wasn’t on purpose. And as any highschooler who managed to stay awake through a U.S. Gov. course can tell you, a great deal of arguing and disagreement led to the ever imperfect compromise that is our bicameral legislature. And at the time, it may have made sense. After all, populations were small enough that the differences between large and small states were negligible by today’s standards. But things have changed. Nowadays, 250,000 Wyomingites get the same representation as 20 million Californians. Proportional, this is not. Query whether it’s democratic at all… a difference of 80 to 1 is hardly fair. And so those small states in the Senate hold a frankly obscene amount of power, and as a result so do the citizens of those states as compared to their counterparts in other states.

So what to do? Do we get rid of the Senate? To amend the Constitution like that would require a Senatorial Supermajority, a comically unlikely turn of events. But could we perhaps ‘demote’ the Senate? Perhaps we turn it into an advisory body, functioning not unlike the British parliament’s House of Lords. Naturally this would require an amendment to the Constitution as well, but this is a far more likely solution than complete dissolution. The Senate is composed mostly of elder statesman and career politicians, so their expertise and perfection of their slimy craft would not go to waste. And of course, we can still pay them exorbitant sums of money to hold our government hostage. Government by the people indeed.

That is so interesting. I have also been thinking about this topic. It doesn’t make sense to either that these states receive so much power in the senate despite representing such a small portion of the US citizens. I have always thought the house’s framework of representatives based on population was much more democratic than the senate. What in your opinion is a feasible solution? I hope you make another post about this topic.