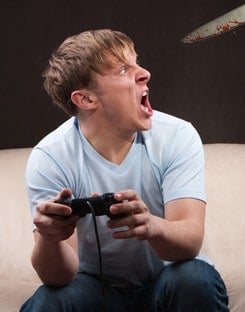 I have chosen to study how we best inform people about the relationship between violent video games and real life violence. It’s important to me because I feel we need to change how some people view video games. As  frequency video game player I often take offense to these claims that video games cause violence. It causes a stigma around video games that is undeserved, and it brings unnecessary hate to kids who just want to enjoy video games. This is critical to educate people about how these video games don’t actually cause violence because according to Kotaku.com 75% of parents they surveyed believe there is a link between videogames and violence.  When in reality according to an article by CNN Whitney DeCamp, an associate professor of sociology at Western Michigan University, conducted a study involving 6,567 8th graders he could find little to no correlation between violent video games and aggression. If there is such reputable sights as these clearing this up and there is still misconceptions it just goes to show how much of an issue this really is. Additionally many studies present misleading information in order to trick parents into being more inclined to believe these games cause violence according to Psychology Today the American Academy of Pediatrics published an article saying “playing violent has been found to account for a 13% to 22% increase in adolescents’ violent behavior. By comparison smoking tobacco leads to a 13% chance increase of getting lung cancer.” This type of fear mongering by equating video games to cigarettes is exactly the kind of exaggerated data that is causing such a stigma around video games.

People have done studies on children’s brains to see if playing violent video games had any effects on how violent they are. While this is important I feel we must do a better job educating adults about this data because it doesn’t really matter if kids know because they already know that there is no correlation. That’s why I did a blog post because I feel adults are more likely to read that than any other sort of online media. I feel this is a better solution than the approach most people are taking considering a lot of peoples arguments rely too heavily on anecdotal evidence rather than cold hard facts which is a far superior way to persuade somebody especially adults. I applied my knowledge of jargon and discourse communities to figure out how to bridge the generational gap which is often the cause of the issue. The terms that older people may not understand is “shooter games” because when they hear that they think of guns and extremely gory violence. This as the younger audiences understand is not the case there are all sorts of “shooter games” that have little to no violence and sometimes dont even have any real guns in the game. I also applied my knowledge of persuasive communication that I learned in my American Lit class to effectively argue my point to create an effective argument.

Please leave a comment and let me know what you think about this!

I agree that video games do not cause violence. If we look throughout history, Rock and Roll was blamed on causing violence, and that Elvis was evil. We know that is not true. While it is true that Dylan Klebold played Doom, this is not what drove him to do what he did. Blaming video games on violence is like blaming cars on getting into crashes. The car doesn’t get into a crash itself, the person who drives it does. I believe this is true with video games. It doesn’t matter if they play video games or not, it depends on their mental state.