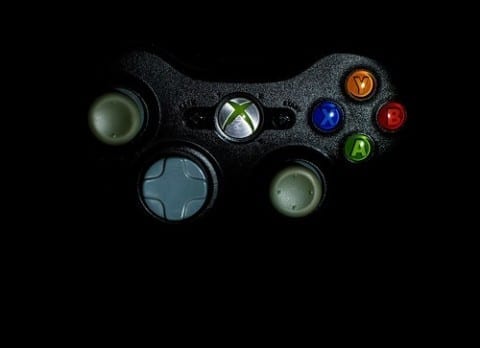 According to Craig Anderson, director of the Center for the Study of Violence at Iowa State University, video games “change a child’s or adolescent’s personality in some sense, so that they start to see their world in a more aggressive way […] They tend to see aggressive solutions as being more appropriate for solving problems.” However, video games are never the sole cause for a person’s aggressive behaviors or violent actions. Anderson states that “Playing a violent video game isn’t going to take a healthy kid who has few other risk factors and turn him into a school shooter”, but if combined with other factors in their lives, such as abusive parents or growing up in a violent neighborhood, it can lead to greater odds of being aggressive. Alan Mozes, the author of a CBS News article about “Violent video games tied to combative thinking”, talks about a 3 year long study that took place where researchers kept track of the time a group of kids between 8 and 17 spent playing video games and asked them about their feelings towards aggressive behaviors. The study showed that the more kids play, the more they attribute hostile motives to others and were more likely to engage in aggressive behavior. This is true for all age groups.

As the article in the business insider about the effect of video games has on our bodies and brains emphasizes, aggression is not the same as violence. It tells us that there have been studies that show that video games can increase the possibility of someone engaging in aggressive behaviors. However, they do not link video games with violence. It also states that studies do not find a link between the selling of video games and crime rates. A study showed that “in the months after popular violent video games are released, aggravated assault and homicide rates tend to drop”.

In conclusion, the short answer is no, video games do not directly increase youth violence. However, studies have shown that they do contribute to youth aggression, which is also an issue in our time. According to Good Therapy, violence is “the use of physical force with the intent to injure another person or destroy property, while aggression is generally defined as angry or violent feelings or behavior. A person who is aggressive does not necessarily act out with violence”. Therefore, violent video games will not cause people to act with the intent to injure someone, but it will contribute to angry or violent feelings. That, combined with an unstable family background, can lead young adults to act out and therefore perform violent acts. Violent video games don’t directly cause this, but they are a part of the process.

Amani, I really like the way you structured your argument. I think your transitions flowed well together. I didn’t realize the impact violent video games have on a youth population although it makes sense how you explains that it is violent video games in combination with other factors, such as an unstable family life. I think this insight will encourage me to research this topic further.

Amani, I really liked this article and thought it was supper interesting. I agree with you that violent video games contribute will contribute to angry or violent feelings. I think that these feeling can contribute violent acts but are not the sole cause of these violent acts. It made me think about suicidal rates and how some people think that one factor drove someone to kill them self when really there were many other factors that people overlooked. Here’s a link to another article that talks about video games and their affect on the brain. Hope to read more articles from you soon. (https://www.medicalnewstoday.com/articles/318345.php)

Amani, I really enjoyed your post and specifically how you used your sources to help back your point, without them overwhelming your post. I’ve enjoyed playing video games pretty much my entire life, and the stigma that video games produce violent children is something I’ve heard on so many occasions. I thought how you identified and explained the misconception that while video games are linked to aggressive behavior, “aggression is not the same as violence.” I think looking at the article the National Center for Health Research wrote on Violent Video Games and Aggression. It touches on a lot of your points and is a federal institution which as a source has a lot of weight. Your writing style is both informative and engaging, which really helped me enjoy what i was reading while understanding the information.
Does this apply to all video games, or just the ones that are qualified as violent?
Is certain age more susceptible to the effects of violent video games than others?
I’m excited to see what other topics you post about!

I loved this essay so much because of the detail and helpful evidence to back up your ideas. For example, you mentioned Mr. Anderson who is the director of the Center for the Study of Violence at Iowa State University. So you found someone who is an expert on your topic and found hard facts to support the idea if violent video games are having an aggressive reaction to the people who are playing the game. The essay was organized very neatly with the introduction to the facts or body and then ending with a strong conclusion that left the reader thinking. I thought it was very interesting how “studies that show that video games can increase the possibility of someone engaging in aggressive behaviors. However, they do not link video games with violence. ” I always thought video games would result in aggression and violence. I found this really cool article that I think you would enjoy. https://videogames.procon.org