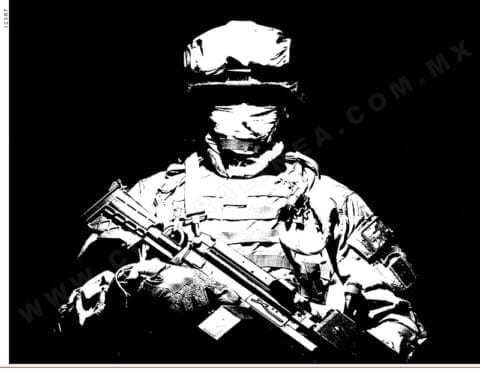 In an article published by CNN, Susan Scutti writes about the APA and the American Academy of Pediatrics (AAP) both have reported significant links between violent video games causing violent behavior. The AAP reports that 97% of american teenagers play some type of video games, and that an overwhelming majority of those games contain violence. The report states that games should not include rewards for killing humans or other characters, as it creates a sense of pleasure from the suffering of others. Because such an overwhelming amount of games contain some type of violence, it is concerning to hear the amount of people playing these games. However, has proven from the APA, there is no spike in violent crimes that correlates to anything relating to video games.

Hi peter, your post is good
I think the video game is not the reason of making people be violated. 70 years ago, there is no video game but the WW2 still happen. I think the most important thing to do is to let parent make a good guide for their children. Because he can still play it when he is an adult. So it’s important to help children develop a good habit.
Here is some sources maybe helpful to you:
https://www.sciencedaily.com/releases/2017/06/170622103824.htm

Hi peter,
I enjoyed your use of studies that suggest that violent videogames can cause violence and was able to counter the research by stating that the studies are only of American children and that violence is only seeming to increase in America and not elsewhere where violent video games are played. it also seems that The media in the US seems to be focusing more on any and all types of violence and has contributed to the seemingly large increase in violence in America. There are also studies that show that videogames in general can cause people to become angry and frustrated when they don’t win which most people can relate with and have experienced before. Even so most people will just become frustrated and stop playing not projecting that violence/frustration outside the game. It seems that the news articles that suggest that violent videogames cause violence are completely off base and are just relating normal frustration to being ‘violent behavior’ caused by violent videogames. Do you think that normal frustration could be described as violence and is that ‘violence’ actually causing disturbances in the real world?

Hey, I hear your point on saying that there has only been an increase in school shootings in America and that is a good point, you should also add in some research that has been done on young children for this topic, there’s lots out there. Lots of kids enjoy getting a rated M shooter game like Black Opps at a young age, when I played those type of games at a young age I never had violent thoughts or aggressiveness, although I would say I always liked to play with airsoft bb guns. I respect your opinion and like this post, so please speak more on this topic for others to see violent video games aren’t causing violence around the world.

I found your article very interesting, being a teenager who grow up mainly outside of America and now in America and also being one that’s parents refused to allow them to play violent video games. I definitely agree with the fact that most violent videos games don’t cause heightened violence among those who play them. When you state – “The report states that games should not include rewards for killing humans or other characters, as it creates a sense of pleasure from the suffering of others”- do you agree with this or are you stating that you don’t agree with what the article was saying? I hear the point you are making in your last paragraph about other issues in America and would agree. Not being from America and growing up seeing all the news reports about different types of shootings in schools or other types of mass shootings, I definitely see this as more of a larger issue than some of these articles claims that video game violence causes violence in those who play them.

Being a student who plays video games, I 100% agree with your claim. I have been called out by my own parents to “stop playing violent video games because they make you violent”. I apricate you writing this very detailed explanation to try and prove your point.

I have also seen many articles stating that their is a positive correlation between violence and video games. However, there are many confounding variables that are not accounted for by researchers – such as family history, mental illness, and economic status. Plus these children are not followed for long periods of time. Many of these “aggression tests” are also done in a laboratory setting. Laboratory settings do not account for real life examples. So when a child acts a certain way in a lab, that doesn’t mean how they act in real life.