Do Parents Have Different Standards for Their Sons Than for Their Daughters?

Home Do Parents Have Different Standards for Their Sons Than for Their Daughters? 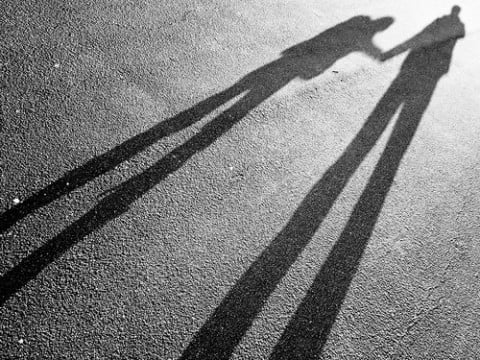 In recent years people have really started to fight for the rights of women. Eliminating the wage gap, speaking up about sexual harassment, encouraging body positivity, and countless other things are being fought for on a daily basis. However, one thing that gets overlooked is how parents treat their children. Researchers have begun to study different ways mothers and fathers interact with their sons and daughters.

Many of these studies conducted usually focus on how mothers treat their children rather than focusing on the behavior of both parents. Jennifer Mascaro, who currently is a researcher in Biological Anthropology at Emory University, explained that for many studies subjects are usually male, “but this is one of the rare situations in which there’s a lot more research on women than men.” This isn’t surprising considering females are usually associated with motherhood and parenting.

The study done by Mascaro, published in the American Psychological Association’s journal Behavioral Neuroscience, focused specifically on fathers’ interactions with their toddlers. This study found that when fathers interacted with their daughters they used comparative and complex words such as “much” and usually talked about emotions such as sadness. With their sons they used words with competitive connotations such as “win” and were more likely to engage in rough physical play and activity.

Negative emotions usually focused on and validated when it comes to girls, being constantly described as “moody” or “dramatic.” Boys, on the other hand,  are usually taught to hold in their emotions, they have to be strong, tough, and unbreakable. These qualities were subtly taught and encouraged to the toddlers by their parents. Both mothers and fathers tended to focus more on emotions and feelings with their daughters. Parents were also more likely to tell detailed stories to their daughters that focused on complex emotions. When it came to their sons parents would be more likely to engage in physical activities.

Interestingly, fathers commonly referenced different body parents of their daughters and not their sons. They would point out and say things such as “tummy” or “face” often times trying to get their young daughters to notice the way she looked. This is something researchers think could be related to the high amount of pre-adolescent girls having body dissatisfaction.

Fathers brains also process time and interactions with their daughters differently then with their sons. Mascaro also found that when dads saw pictures of their children, the brains of fathers with daughters reacted the strongest to their daughters’ happy expressions. The brains of fathers with sons reacted most to their sons’ neutral expressions. They are unsure why this happens, but they are striving to discover whether this is the result of some biological difference in the fathers reactions about different genders, or whether they are the product of social and cultural norms about how girls and boys should behave.

It should be noted that there are limitations to this study. This includes its small sample size and the fact that they only studied people from one area of the United States. This means that conclusions about fathers from other countries and other cultures with different societal norms can not be made. Other factors such as parental age, the number of children one father has, ethnicity, income, and hours the fathers worked per week, were very similar for all dads in the study regardless of their child’s gender, researchers did not take into consideration other important factors such as the education level of the fathers.

While this study may not have drawn many solid conclusions it opened up a world of questions that are currently being tested and studied around the world. If we begin to understand where gender stereotypes are being taught we can start to eliminate them.

Dear Tess,
I enthusiastically read your post because, as a father, I often think about what messages I unconsciously send to my child when I interact with him.

Tess,
This is really interesting and I didn’t know there was a study on this pattern. The language we use with children always amazed me, but I never realized how deep-rooted the ideas of fundamental gender differences were. The fact that fathers elicit different reactions based on the expressions on their sons and daughters faces really threw me off. Although psychology is not the most exact science, I look forward to any further research you find on this topic.
Jacqueline