Do Grades Determine Ones Intelligence?

Home Do Grades Determine Ones Intelligence? 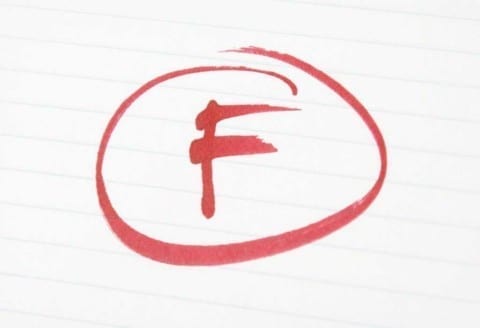 In a public/private schooling system we, as high school students, are asked to come to school, do our work, and get good grades. Grades are how colleges measure how academically fit a student is for their university. It’s a system that many institutions have been using for many years, although, many would argue that we must get rid of this grading system and instead find different ways to judge one’s intellect. I believe that the main cause of high grades is how much work someone is willing to put in to earn good grades. In fact, some of the smartest people I know, are the hardest working. Although, some students who face difficulties performing well in school are in fact intellectually capable of the workload. This raises the argument that whether students grades and academic achievement measure their intellect.

Many students have different problems and difficulties keeping their grades up, resulting in poor test performance. In a recent study done by The Washington Post, more than 20% of students may have test anxiety, and another 18% have a more moderate form of this condition.. Another complication many students face is sleep deprivation. The Huffington Post conducted a study which discovered that, “each hour of lost sleep is associated with a 38 percent increased risk of feeling sad or hopeless and a 58 percent increase in suicide attempts.” Both pieces of research collected by the Washington & Huffington post have all been a positive step forward to show us why students have trouble keeping their grades up.

Of course, we can’t talk about grades and intelligence without mentioning standardized tests such as the SAT and ACT. These standardized tests help colleges and university find candidates who fit their school’s academic requirements. Donald Heller, director of Penn State’s Center for higher education states, “some students show evidence that preparation helps boost scores, also re-testing scores go up modestly.” Heller’s information shows that hard work and preparation reflects positively on grades and test scores. Although, like the Washington Post stated earlier, for these exams to happen in a single day, there is a downside because you don’t know how the student may feel that day. Students come into the testing room with all kinds of different emotions, such as nervousness, stress, anxiety. Some may even have bad luck and are simply too sick to take the test.

I believe that we are all intelligent in our own way, no matter the grades we earn. Some of the greatest minds this world has seen like Bill Gates, Steve Jobs, and Oprah Winfrey have all dropped out of school to invest into their ideas and intellect. In today’s world, society has created opportunities for those who don’t have a passionate desire in the classroom.

Strauss, Valerie. “Test Anxiety: Why It Is Increasing and 3 Ways to Curb It.” The Washington Post, WP Company,

Really interesting post. I would agree with all of the points that you made, however this issue is a complicated one to tackle due to the systems we already have in place throughout the country. It would be difficult to adopt a knew schooling/student evaluating system nationwide that would work as well as the one we have now, even with the flaws that it has now. Despite this, modifications to our current system could provide great benefit to future students and their learning, further talked about in this blog post http://blogs.edweek.org/teachers/work_in_progress/2015/03/still_not_convinced_grades_are.html.

Hi Deepu, I am intrigued by your topic. I agree with your statement that “we are all intelligent in our own way, no matter the grades we earn”. Standardized test can not be a fully correct measurement for our intelligent. However, college won’t know all about our personal life and intellect within a short amount of time, so standardized is their useful resources of getting a sense of our level and our academic performance.
Here are some useful resources:
http://www.institute4learning.com/2013/02/28/15-reasons-why-standardized-tests-are-worthless-2/
https://www.edweek.org/ew/articles/2014/07/09/36jouriles.h33.html
Well done.

Hi Deepu,
the sentence that really stood out me is “I believe that the main cause of high grades is how much work someone is willing to put in to earn good grades ” this show how people can feel comfortable at who they are and it does not matter who stupid your are.

I liked your essay’s conclusion paragraph. Some very intelligent people get terrible grades because they didn’t do the busy work or homework. Nice job sharing your views on this subject.

I agree Deepu, Schools and Colleges rely on Grades unnecessarily much and it should be disbanded and they should find a new system of Judging ones intelligence. I myself suffer from poor grades but everyone around me says I am very intelligent. So I wish they did use another way.

Deepu,
I really appreciated your argument and that you agree grades do not measure intelligence. The thing you brought up that a lot of people do not is the anxiety associated with education. We are pressured so much there is not wonder that so many people have test anxiety.

Deepu, I agree that there is an unreasonably high standard of achievement set for high schoolers to be considered an intelligent and successful member of society. However, I do not understand how a student who is “intellectually capable of the workload” in high school cannot not achieve good grades, maybe if you elaborated more as to why that is, I would better understand.

Deepu, I agree that there is an unreasonably high standard of achievement set for high schoolers to be considered an intelligent and successful member of society. However, I do not understand how a student who is “intellectually capable of the workload” in high school cannot not achieve good grades, maybe if you elaborated more as to why that is, I would better understand.

Hi Deepu,
I thought your article was very interesting, and I agree with your argument that grades do not always measure intellect. In addition, I really like how you provided many examples from credible sources such as The Washington Post and The Huffington Post to support your claim and to persuade your audience. Lastly, I thought mentioning Steve Jobs, Bill Gates, and Oprah Winfrey was a nice way to conclude your essay because it gives the reader something to think about at the end.

I agree that high grades are followed by how much work and effort a student wants to put in. I think that your sources are very reputable and the point is very straightforward.
Wonderful essay!