Do communities define us?

Home Do communities define us? 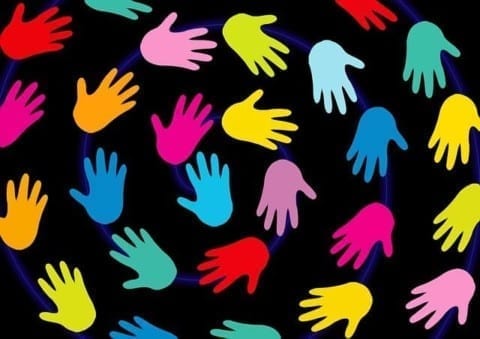 Communities such as salt lake city are made up of distinct people; students, businessmen, workers, artists, religious figures are just some of the groups in a community. Sometimes communities can be apart of larger groups like the state of Utah. Everyday these communities are deciding who is allowed or who is an outcast, this can be decided through physical and behavioral aspects.

Psychologist Deborah Tannen explains the science behind this selection process. She states “We all know that we are unique individuals but we tend to see ourselves as representatives of groups. It’s a natural tendency; since we must see the world in patterns in order to make sense of it…”. She’s saying it’s like we need to belong to a group, everyone has to fit in somewhere.

Belonging to a group isn’t necessarily a bad thing. “The best part about a loving, accepting, energizing and motivating community is the care that you receive when life just isn’t going as planned.”, said Jessica Pass, a marriage and family therapist. Communities aren’t just places to be so you don’t feel left out, it’s a place where you support and can be supported by others.

PJ, I am a firm believer that you are molded by the people you are around and that is fully determined by the communities you are involved in. This is important because the people you are around are the personalities you will develop with and will in turn affect your own personality and values as a person. People tend to mold like the people they are around because they build connections with these people which makes them create similar thoughts and traits. This is something that has affected humans since we came into existence and it will continue to as long as communities stick together.