Do Americans care about the environment?

Home Do Americans care about the environment? 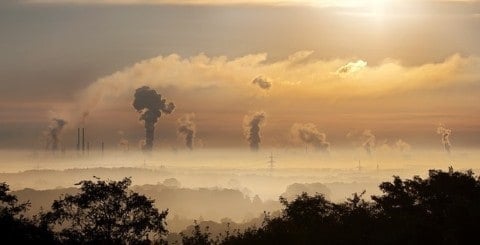 To put it bluntly, people, particularly Americans, do not care about the environment. In an article titled Do People Really Care About the Environment, they discuss a survey developed and conducted by National Geographic to measure the sustainability of consumers in multiple countries. In 2014, they surveyed 18,000 people across 18 countries. Though many may think that China and India would rank lowly, with the US gaining a higher ranking, this was not the case. India, China, and South Korea took the top three spots, while the United states was ranked last among the 18 countries. Americans also were among the least likely to feel guilty about their impact on the environment, regardless that they scored highly as believing that the choices that individuals make do have an impact.

In another survey detailing the priorities of Americans, protecting the environment scored 11th among the top 18 priorities. Startlingly, dealing with global warming scored last. Although these statistics are disheartening, they do not come as a surprise. This lack of care is clear to me on a daily basis. For example, when I see someone put each grocery in a separate disposable plastic bag at the store, or when I see someone drinking out of a disposable plastic water bottle. In summary, Americans know the negative impacts of their actions on the environment, yet they simply do not care to change them.

Dear Reilly, my name is Karla and I am a student at Back of the Yards College Prep. After reading your article, I am not at all surprised at the results of the survey you mentioned. Based on what I seen in my community, most of the people here don’t put too much importance to our environment. I see people littering all the time which makes the results not at all shocking. My group and I are organizing an event that will bring people together to clean our neighborhood. If there’s any advice you can give us, it would be greatly appreciated.

Interesting write up, although these surveys do seem discouraging, the materialistic nature of the U.S. is not soon to change. The fate of the environment lies in the hands of every citizen and their efforts to cut back and raise awareness. Despite the number of people who couldn’t seem to have any concern, there are people who deeply care about environmental issues and put a lot of energy towards making a positive difference. It does seem close to impossible to correct the path that we are on, but that doesn’t mean that it’s not worth trying.

Here’s a resource highlighting some things that the individual can do to positively impact climate change: https://davidsuzuki.org/what-you-can-do/top-10-ways-can-stop-climate-change/

Reilly, I agree with you that the general american person does indeed not really care that much about the environment. All it takes is a look around to the gas guzzling and vehicles burning dirty fuel to get a picture of that. I do however think that there are groups in american society that are working very hard to change the status quo in america and we need to support the good instead of focusing on the bad we see around us. Here is a link that breaks down the way that Americans all over the political spectrum feel about environmental issues, I am very passionate about this issue and I found it extremely interesting. http://www.pewresearch.org/fact-tank/2017/04/20/for-earth-day-heres-how-americans-view-environmental-issues/

I Agree the fact that Americans don’t care about the environment due to many disaster created due to humans. Americans tend to forget about how deeply our environment is being negatively affected and doesn’t seem to really try to help out the environment. One reason i say that is because Donald trump stated in his speech to end “the war on beautiful, clean coal,” adding that “we are putting our coal miners back to work.” Meaning more coal is going to be dug out and burned which is a big problem causing global warming to create disasters. Many other countries have solved their problem with pollution by creating and investing in projects to keep city’s clean.

Dear Reilly, I am interested in your essay because I noticed that America doesn’t promote taking care of the environment as much as other countries. I personally care about the environment, but I wasn’t really taught that much on how to take care of it.

Hey Rielly,
I think in the midst of all the current political distress and natural storms such as wildfires, hurricanes, and earthquakes across the United States. Americans tend to forget about how deeply our environment is being negatively affected amid all this trouble. Our priorities have shifted away from keeping our earth clean so that future generations can do the same. Although, to say that only Americans do not care about the environment is a little bit dramatic. Take for instance a country like China, who in fact contributes to 27% of CO2 emissions released into the atmosphere which affects our ozone layer. Not just China, but a lot of Middle Asia has some of the worst polluted cities across each country because their governments do not regulate strict loitering policies unlike the U.S. So, on the bright side we can say that Americans do have a little self dignity and actually take care of their country, but on the other side we as humans need to take better care of our environment before it’s too late.

I agree that Americans generally don’t care about the environment, and I believe the reason why is more complicated than just selfishness. The American culture leaves little room for environmentally conscious living. You mention that people use disposable plastic bags and water bottles, but these are just so common in the U.S. that it take some conscious effort to not use them. The fact that environmentally harmful practices are so commonplace normalizes them, which is why many Americans are, as you said, aware of their negative environmental impact but not caring enough to reduce it. I wonder what you think about American culture and attitude and how it pertains to the environment.

I think americans care about the environment. I care about the earth. Like I don’t want to live on an earth with the pollution in the sky and trash on the ground. I think Americans just don’t take care of their trash. They just think someone else will pick up after them. But they don’t realizes someone else can’t always pick up for them. They have to take care of their own trash. I always think we use a ton of trash and plastic that go in the landfills. Like other countries don’t have that much trash as the US does. I think once we find a way to use less trash and more recyclables we will have less pollution.

Hey Reilly,
I agree with your statement that “Americans do not care about the environment”. The traveling I have done outside of America has shown me how little Americans care. In Germany, every piece of plastic was recycled, even candy bar wrappers. The statistic you brought up about America being 11th among the top 18 did not surprise me. America is such a big country that many people think that our resources will never run our. Or, people spend too much time listening to American leaders who preach about fake science when they probably do not know that the moon is not a planet. How do you think Americans could become more motivated to help save the environment? Thanks!

Hi Reilly. I notice that the environment in general is not an American priority. We tend to focus on business instead of nature. From this article by PewResearch, it says it still a top priority, but there are many factors that are more important, like terrorism and the economy. This article also has other data that shows American views on the environment. Hope this helps!
Source: http://www.pewresearch.org/fact-tank/2017/04/20/for-earth-day-heres-how-americans-view-environmental-issues/

Help on Youth Voices
wpDiscuz
10
0
Would love your thoughts, please comment.x
()
x
| Reply
Log in with Facebook
or