Do American Values Apply to Native Americans As Well?

Home Do American Values Apply to Native Americans As Well? 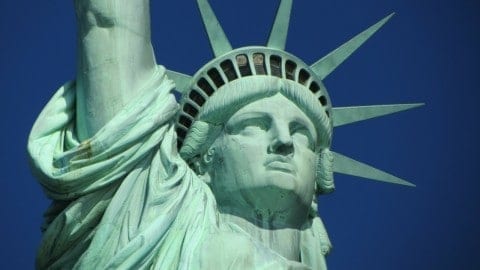 Can we, as the American people, agree that some important values include the rights to life, liberty, and the pursuit of happiness?  Most likely. However, can we all agree that everyone, including Native Americans, have the ability to pursue these values? Throughout history, Native Americans have not had the rights to life, liberty, and the pursuit of happiness due to social and economic discrimination as well as mistreatment by the United States Government.  In the book The Absolutely True Diary of a Part-Time Indian by Sherman Alexie, the protagonist Arnold Spirit Junior struggles with his identity and dreams because of the hardships he goes through.  Alexie is a Native American himself who grew up on a reservation and personally experienced oppression. My father is also Native American and has faced racism during his lifetime as well.

These patterns of mistreatment have unfortunately been around since settlers came to the Western Hemisphere.  We celebrate Columbus Day each year, but is everyone aware that the first day Columbus arrived in the East Indies he ordered six Natives to be captured as his servants (History.com)?  This was just the beginning of a racist policy against Native Americans. Many years later, after the French and Indian war, the French were forced to give up their land in the Americas to the British.  However, Indians were outraged because “‘They had no right to give away (our) country; (we) were never conquered by any nation’” (Faragher 170). Soon after this, a British military governor named General Jeffery Amherst reversed previous customs including gift giving and supplying ammunition to the Natives.  Many were left starving without ammunition to hunt (Faragher 170). The Royal Proclamation of 1763 claimed that “‘The several nations or tribes of Indians with whom we are connected, and who live under our protection, should not be molested or disturbed’” (Britannica). Colonists were outraged over this proclamation because they thought that since they had won the French and Indian war, they would be able to expand into western territory.  So, in an act of rebellion, a mob of Pennsylvanians known as the Paxton Boys “butchered twenty Indian men, women and children at the small village of Conestoga” (Faragher 172). Twenty four years later the Northwest Ordinance of 1787 stated that “‘The utmost good faith shall always be observed towards the Indians. Their lands and property shall never be taken from them without their consent’” (Faragher 250). However, the government was not able to prevent settlers from moving westwards during this time.  Many natives lost their homes and lives in the hands of white Americans.

In the book The Absolutely True Diary of a Part-Time Indian, Arnold struggles with self esteem, identity, and pursuing his dreams due to his impoverished lifestyle.  Arnold’s vision of happiness is leaving the reservation. He is beat up regularly, his parents are alcoholics, his sister feels meaningless, his best friend has abusive parents, and unsurprisingly in the midst of all of this his family is depressed.  Arnold wants to have a better life than what he has become accustomed to. So, he decides that the first step in pursuing his American dream is leaving the school on the reservation to go to the all-white school, Reardan, twenty-two miles away. Once he gets there, he is immediately ostracized by students and staff because of the color of his skin.  Roger calls him many names such as “‘Chief’ or ‘Tonto’ or ‘Squaw Boy’” (Alexie 64). Also, the first time he meets the school secretary, Melinda, Arnold feels like she is judging him. “(He) couldn’t tell if she thought the reservation was a good or bad thing” (Alexie 58).  Experiencing encounters like this on a daily basis would be deprevating to one’s self esteem!

Sherman Alexie describes the inequalities and racist thinking that was ingrained into the minds of young Indian children, specifically in school.  “We were Indian children who were expected to be stupid. Most lived up to those expectations inside the classroom but subverted them on the outside. They struggled with basic reading in school but could remember how to sing a few dozen powwow songs” (Alexie).  He also mentions multiple times that his teachers were non-Indian. This reinforces the cycle of poverty and discrimination on the reservations. The teachers should be Indians from the reservation because they can make money and improve conditions for their families, teach Native children sensitive topics of history from their perspective, and be a positive authority figure that the students can identify with.

My father is Native American as well and has ancestors in both the Cahullian and Cherokee tribes.  He has experienced racism throughout his lifetime, but he described a few moments that especially stood out to him.  In sixth grade, my father went to school in San Lorenzo Valley in California. He was assigned a project where he had to pick one of the Spanish missions and describe the history of it.  However, he had learned from his family, specifically his grandfather, of how missions had negatively affected Native Americans. So, in class, he told his teacher that he was not willing to do a project on the mission system and explained why.  He was then sent to the principal’s office for disobeying the teacher, received a detention, and was told that his grandfather was a liar. That same year, his best friend Mike (who was Caucasian) received a call home to his parents from their teacher.  The teacher warned his parents that my father was a “bad influence and that Mike should avoid him because he will bring Mike down” (Thompson-Orsua). Then in seventh grade, my father was at a friend’s house when his friend’s father asked him what his last name was, and my dad said his name was from Native American and Mexican heritage.  My father was then told to get out. He was never allowed to go back in his home again. Between the summers of seventh and eighth grade, my father changed his last name from Orsua to Thompson (the name of his second father), and things drastically changed for him. It changed the way he was treated at school by both students and teachers, he was happier, his grades improved, and he felt like he was part of a community and not an outcast (Thompson-Orsua).  Unfortunately, the lesson he learned at that time was that he needed to hide his identity in order to be accepted.

Although common American values include some of those outlined in the Declaration of Independence such as life, liberty, and the pursuit of happiness, Native Americans have not been able to pursue these because of an unequal society.  This has been a pattern throughout history. People such as Sherman Alexie and my father, along with characters in novels such as Arnold from the Absolutely True Diary of a Part-Time Indian have experienced racism that demonstrates the fact that not all Americans value these rights for all people.  Hopefully someday Native Americans will no longer be socially discriminated against and will have the same opportunities as other Americans.  Because an equal society- should be a major priority for America.

Hi Jasmine,
I really liked your essay! The aspects I like the best are how you relate founding documents to a novel to a real life experience (of your father). It helped me see how widespread and long lasting this issue is. Many Native Americans are impacted by discrimination on the basis of their race and Native Americans are the original Americans, so why aren’t they treated with the same respect we might give a white person? Humanity is terribly flawed and prejudice is a large aspect of why we do terrible things to each other. Early on, when Columbus first arrived to the America’s, racial terrorism was common. It was a horrible thing to do but I wonder why we haven’t learned from it. You do a fantastic job of explaining how deeply this discrimination impacts many Native Americans and how not learning from it takes from the identity of today’s “Americans.”

Hi Jasmine,
I forgot to include one text in my response so I am replying again. Another one of my favorite parts in your essay is using the point of view of Arnold (a partly fictional character) who relates to so many people in the real world. Through the use of examples of discrimination that Arnold faced, that you brought up in your essay, you helped the reader better understand as I said before, how deeply this issue affects people. And while Native Americans are not the only group who face discrimination in this country, they are a group whose trouble need to be discussed and fixed more. No white American can truly ever repay the things their ancestors did but they can at least try or learn from it.

Prerna- Thanks so much for your feedback! I loved how you said “humanity is terribly flawed and prejudice is a large aspect of why we do terrible things to each other”. This made me think more about other groups harmed by prejudice as well, such as African Americans. I am currently reading “When They Call You a Terrorist” by Patrisse Khan-Cullors and Ashe Bandele, and I am learning a lot about the hardships African Americans have been through due to the color of their skin. No one deserves to be treated this way, and hopefully someday we will live in a world were prejudices no longer exist.