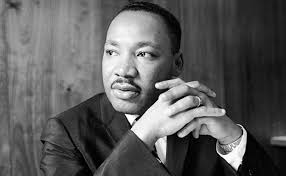 “This is America: a brilliant diversity spread like stars, like a thousand points of light, in a broad and peaceful sky.” I agree with former President Bush that the United States is extremely diverse. Therefore, the importance of diversity in all academic and public spaces is a belief held close by the government and most Americans. This mindset has been supported for decades by our nation’s laws, judicial system, and civil rights activists. The fact that the leaders of our country have begun to support more diversity legally shows how committed Americans and our branches of government are to this newer American value.

One of the first examples of the push for diversity in public spaces was signed by President Lyndon B. Johnson in 1964. The Civil Rights Act put a stop to Jim Crow laws that had been institutionalized for years, especially in southern states. President Johnson’s actions clearly showed that he supported having an end to segregation, and a lack of diversity, in public places.

Another example of how the government got involved in a lack of diversity was during Brown vs. Board of Education. The Supreme Court ruled about a legal need for diversity in public schools. The ruling was that racial segregation violated the 14th Amendment in the Constitution. This Amendment prohibits states from denying equal protection to anyone, and students of color weren’t receiving as high of a quality education as the white students in their areas. This shows that almost a century after the 14th amendment was ratified, the law was still being enforced to promote diversity and equality.

Finally, examples of a non-government-involved person promoting diversity occurred in several instances during the Civil Rights Movement. One of the most prominent civil rights figures was Rev. Dr. Martin Luther King Junior. In his famous “I Have a Dream” speech, King mentions many of the United States’ founding documents, including the Gettysburg Address, the Emancipation Proclamation, and the Declaration of Independence. He tied everything together very well because he mentioned that even though the government has put acts and laws into place to support equality and fairness, life still wasn’t fair for many black people in the United States. Thankfully, the quality of life for African-Americans in the U.S. has improved significantly in comparison to how it was in the 1960s.

In conclusion, diversity has been promoted by government leaders, civil rights activists, and average citizens for several decades of our nation’s history. President Lyndon Johnson signed the Civil Rights Act to stop the Jim Crow laws in the south. This significantly helped to stop segregation, and therefore promoted diversity in public spaces. Also, the Brown vs. Board of Education court case outlawed segregation in public schools. Promoting equal educational opportunities to all students, no matter their color, caused a great deal more of schools to have a more diverse population. A positive impact of this is that when kids are introduced to other children that don’t look like them, they grow into better adults who are more likely to promote diversity wherever they go. Finally, civil rights activists like Dr. King spoke directly to public masses about the importance of diversity and equal rights. The significant push for diversity has been incredible, but there is always more progress that can be made in the United States of America.

Hi Catherine!
I strongly agree with your response regarding diversity in America, and continue to think that the diversity will get even better throughout the years. “Most Americans say having a population that is racially and ethnically mixed enhances U.S cultures,” said an article titled Americans See Advantages and Challenges in Country’s Growing Racial and Ethnic Diversity. This is very important because when it comes to the thoughts and beliefs of one person, the positive impacts that their opinions can have on another is crucial to coming together as one in America. I think your points about the 14th Amendment, and your arguments in your essay were very strong and you executed explaining your topic very well.