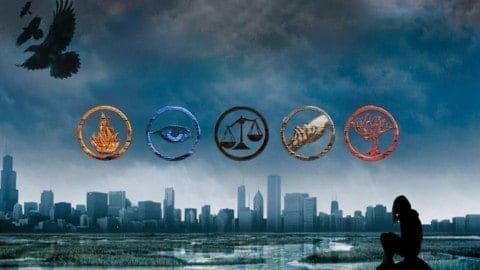 Divergent by Veronica Roth, is about a society that divides themselves into different groups, they call them factions. Each faction is known for something different and has their own rules. For example the main character Beatrice belongs to the faction Abnegation, the selfless, one of their rules is that the kids aren’t allowed to talk during dinner they have to sit there, eat and, listen to the parent’s talk. Every year the community has something called the Choosing Ceremony where teenagers who turn 16 years old have to take a aptitude test to see what faction they belong in, and in the Choosing Ceremony the people go in front of everyone and choose a faction that they will be in for the rest of their lives. The main idea of this book is people who they call Divergent. Divergent means when someone belongs in more than one faction and are considered to be dangerous. In this book you will learn that someone is Divergent and fights to keep that a secret from the government.

To save the society in our book Divergent our group decided to use a recorder to record the people in power. You can see the people in power, Jeanine and Eric, on slide 6. We would record Jeanine and Eric having a conversation about divergence and then expose the recording to the public showing that being divergent isn’t dangerous and that they shouldn’t be killed off. On slide 13 you can see where we made the proposal. Something that could wrong in our plan is we could get caught for recording a private conversation. In conclusion, we want the communities to come together and not make the people who are divergent seem dangerous.