Disney Is a Magical Place, But Is It a Realistic One?

Home Disney Is a Magical Place, But Is It a Realistic One? 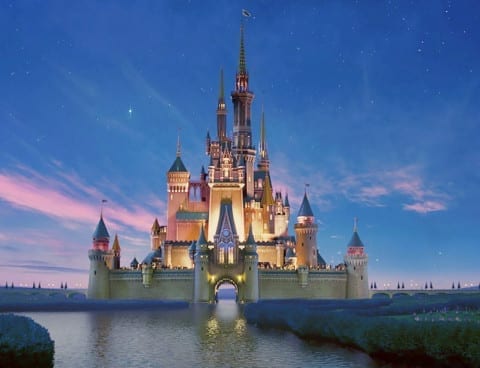 As women, we strive to prove societal stereotypes wrong, working to be the greatest we can be. The world of Disney was not always a realistic place for women. Sure, as children, we fell in love with all the characters and wanted to be just like the Disney princesses; but societal stereotypes, especially gender roles, played a huge part in early Disney films. Understanding this allows us to feel empathy for those around us who struggle with their identity because of the films they see that send the wrong message.

For example, most of the films portrayed women as helpless and weak. Those two words are probably very harsh considering the topic they are describing. However, it wasn’t until later that Disney began creating strong, independent female leads such as Merida in the film, “Brave” as well as Elsa in “Frozen”. These two princesses were a representation of what women strive to be and teach children to never give up on their dreams because of stereotypical societal expectations.

Aside from this, there was still a “blatant lack of diversity amongst characters” which sent a bad message to all young girls (Griffin). Not only were a majority of the Disney princesses white, but they also held the expectation that women had to be skinny and beautiful to be accepted in society. This unrealistic expectation hits hard for a lot of women and really affects their view of themselves and their identity.

Feeling empathy for these women can help us understand them as well as open our minds to the other side of a single sided story. Another issue in the Disney film industry was the fact that male characters had a majority of the lines despite the movie being centered around the life of a young woman. “The Little Mermaid” was the first film in which the men significantly outspoke the women in Disney movies (Guo). It includes  Ariel without a voice for a majority of the film. This was not the only Disney movie in which women spoke less than me; in fact, it started a trend.

In the five Disney movies that followed, women spoke even less and men had three times as many lines as women (Guo). Men have always had the upper hand over women for years now. In order to stand up against this, women, as well as men,  must stand together no matter what race they are. Empathy for what a woman has to go through in society can make them feel more accepted and understood. Knowing that they are not alone, will give many women the confidence they need to strive for greatness.

I feel moved by your post “Disney Is a Magical Place, But Is It a Realistic One?” because it goes into depths about the stereotypes women strive so hard to move away from!

One sentence you wrote that stands out to me is: “Most of the films portrayed women as helpless and weak.” I think this holds a lot of truth because society always makes it seem as though a woman needs a man to save them because they aren’t strong enough to save themselves.

Another sentence that I found to hold a lot of truth was: “blatant lack of diversity amongst characters.” This stood out to me because it’s true! The lack of diversity when it comes to race and the shape/size of our bodies is very prominent in these Disney princess movies, and it can cause low self-esteem to young girls because it makes them believe that the definition of beauty is being white and skinny.

I definitely agree with you that in order to dismantle this kind of societal stereotype we need to stand together no matter if you’re a man or a woman. One reason I say this is because if the gender they hold higher than our own helps us stand against this then maybe they’ll keep more of an open ear. Another reason I agree with you is that the only way to end this or at least lessen it is to fight against it.

I see that you like to stand against gender inequality! Have you read the book “Their Eyes Were Watching God”? https://nowcomment.com/blogs/231918 I thought you might be interested in this because this includes some gender inequality we still face today. I’m reading it now, and I’ve written about the first part of the novel in a post, “Womanhood” https://www.youthvoices.live/womanhood/

Thanks for your writing. I look forward to seeing what you write next because I see you are advocating for the right things!

Dear Meghan
I agree with all you stated in your post. I too noticed the display of women stereotypes in many of these Disney films. I’m glad that as time has gone, the newer films showcase more diversity and break the stereotypical format Disney had taken up. “In order to stand up against this, women, as well as men, must stand together no matter what race they are.” This line shows how this is a collective work for everyone to join and work together to fix this problem. Change is needed for women to reach their greatest potential.

Meghan,
I liked how you touched on the role that stereotypes and gender roles played in the disney princess movies. I think those movies influence so many young girls, and it’s really important to look at the impact the movies will have later in life. I also thought you made a very good point when you talked about how the princesses were made to look, always skinny, and mostly white. This can put false ideas into girls heads about how a women should look and act.

Dear Meghan,
Your article on the stereotypes of Disney princesses very much interested me. I was very intrigued by your description of the progression of the Disney princesses. In our world today, we have made great strides in women empowerment, but that was not always the case. Looking back on these disney movies, it makes me sad for the stereotypical princess. But, we have made great progress as you said with the newer princesses. I can’t wait to see what you write next!