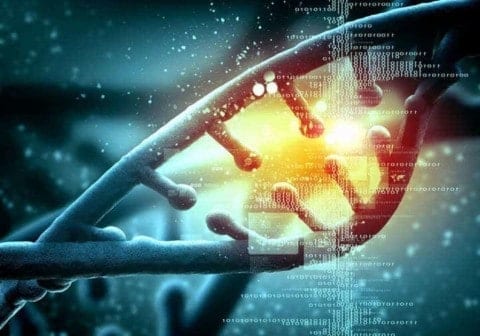 One of the main concerns about genetic engineering is the practice being used for enhancing humans instead of curing them of diseases. Although, if scientists were to find a stable and an absolute safe way to cure someone of a disease, people would be more than happy to subject themselves and their children to the procedure. Are the risks of creating designer human beings greater than the benefits that might be realized through this amazing technology?

The ability and temptation to create designer babies is often the argument used against allowing genetic engineering. With this quickly advancing technology genetic modification may become available, and indeed designer babies are possible, though what characteristics can be chosen are of limited value; what some might consider trivial like hair and eye color. The ability to modify  intelligence levels, on the other hand appears to be much more difficult. Curing devastating diseases is something that we should want to do and not doing so, simply because we fear that people will take advantage of this technique to enhance intelligence is not a realistic concern at this time. In a paper titled, The Life Editor, by Michael Ie Page, the author explains that “characteristics such as intelligence seem to be determined by hundreds of different gene variants, with each one having only a tiny effect. This means we are a long way from engineering intelligence into children, even if gene editing were safe enough to attempt it.” This suggests that even if scientists had the time to do trial and error with genes to get a specific level of intelligence, it would take years before figuring out all the combinations that would lead to a reliably more intelligent designer baby.  Even scientists are aware that this type of work has its limits and anyone using these techniques needs to  be careful in how they proceed. These techniques are not advanced enough to create certain sequences in genes to enhance intelligence. In addition, this type of experimentation for enhancements in humans has already been pre-tested on animals with limited success. These experiments have shown scientists, because of their being “inefficient” and “crude”, that this type of experimentation is not yet ready or even close to being ready for human trials. Even though this type of experimentation is continuing, according to Bryan Cullen, of Duke University,” unexpected problems will almost certainly arise when human trials begin. Nevertheless, he is confident that the approach will work”. It is safe to say that scientists are aware of the limits of how far testing should go on living specimens, so “tinkering with the genes inside people has been limited to gene therapy, where the changes don’t get passed to the next generation.” Instead of using germline (a technique that causes genetic modification to be heritable), scientists can use gene therapy to cure a single person with a disease without disrupting the genetic code of their offspring.This can also support that there are important reasons the technique of genetic modification should be used, and there are safer ways to cure people with diseases without being carried away with enhancements.

One of the well known techniques for genetic engineering is CRISPR, an easy method for precisely placing a correct version of DNA in the place of DNA that could lead to a potential disease. In a paper titled, Redesigning nature: to be or not to be?, “CRISPR has also been used to battle HIV, although with conflicting results. Kang et al. 9 reported that viral entry into immune cells can be blocked by the successful replacement of CCR5 gene in human stem cells using CRISPR/Cas9.” To go into detail of what diseases this technique can do, it could possibly cure most of the familiar diseases that people die every day by. Also it is believed that “where CRISPR is expected to play a major role is in combating the threat of cancer.” The process of genetically modifying the DNA of someone before they are even born is worth the many years they will have to live with HIV or cancer. The struggles of a cancer patient could be avoided if genetic modification, or to be specific, if CRISPR were to be approved and funded by the government. A paper about the effects of Children with Cancer explained that “Chronic illnesses can be devastating to a person at any age. During childhood, it can be especially destructive for the child’s psychological growth and development.” The person with life threatening diseases have to cope with whether they will survive the rest of their lives, and that is something that no human being should have to think about everyday of their life. Life is supposed to have its ups and downs, but having to count on your death being earlier than the average human being should not be the case, especially when there is a way to prevent it before the person is even born. Children who are born with cancer have to grow up learning the severity of their disease, and this causes coping with the realization of what their disease resembles is hard for them. Not only does this cause the child to skip most of their childhood and appreciate it, they go into state of depression and grief. Children with Cancer also stated that “children with cancer experience more anxiety during the progression of the disease and with each clinic visit,” and Redesigning nature: to be or not to be? stated that “ Cancer can be stopped at the initial stages without any radio- or chemotherapy if the mutated gene can be replaced with a target corrected copy.” CRISPR is an important technique that humans should take advantage of, there are countless lives that could be saved if we were to genetically modify humans.