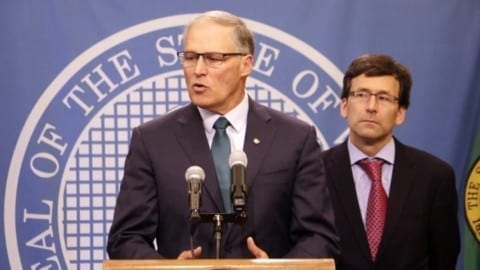 The issue of racial bias and the death penalty is found in states other than Washington, including Ohio. According to Ohio.com, there’s a concentration of of death penalty convictions from two counties, with over 56% of all death sentencing coming from Cuyahoga and Franklin counties. This could imply racial bias, depending on the crime rate in the counties. There are also issues surrounding false convictions. 1 person is released for every 6 people executed, higher than the National average of 1 in 10. There’s also issues surrounding the costs. If there was an investigation, “they would find that the roughly 330 death sentences since 1981 have likely cost Ohio taxpayers over $1 billion.” When taking all of these issues into account, it is difficult to say we need to keep the Death Penalty.

While it may be difficult, some people still do. Many people say that those who get the Death Penalty are those who have committed the worse crimes. In California, Death Row inmates have killed over 1,000 people. The claim is made that not only do we need capital punishment to protect us from the worst of the worst, but it brings closure to victims family. The issue surrounding this is that while over 1,000 people have been killed by those on death row, it’s highly unlikely that everyone on death row committed a crime, which false convictions being an issue. With a glaring issue like this, it’s hard to justify continuing the Death Penalty, even though it might bring closure to families.

I truly never realized how big of a role race plays in a death penalty sentencing. It was really interesting to learn about what it is like to be a person of color in Washington state. The fact that “In Washington a black man was 4.5 times more likely to be given the death penalty than a white man in the same situation”, is really not surprising but yet disgusting. It really shows a lot that they got rid of the death penalty because of this and will set a precedent for all other states. Your idea of showing what is happening on the west coast comparied to the midwest was a new insight that i never thought of. The way of living and legal systems are the same but also different. While reading it i noticed you also talked about people who were falsely convictied, How do you think that plays in to the way death penalty sentences are given? Here is a quick article on it if you decide to investigate further. https://deathpenaltyinfo.org/innocence-prevalent-causes-false-confessions Hope you have more to say about this topic because I truly enjoy your outlook on the legal system.

This was a very interesting post, Jacob. I did not realize that race was a major issue when discussing the death penalty. I think that this was a great perspective to look at to argue against the death penalty because it is so difficult to use morals to make an argument. Being able to use facts and evidence was a great strategy to convince your audience. I think that you make an especially strong argument when you say that “the second study shows that in Washington a black man was 4.5 times more likely to be given the death penalty than a white man in the same situation.” It would be very difficult to argue against this evidence. I am curious to know what you think about the closure it may provide to families of victims. Do you think that this is a valid argument for the death penalty? You might find this PBS article (https://www.pbs.org/newshour/nation/death-penalty-bring-closure-victims-family) interesting because it talks about closure families are able to get without the death penalty.

Jacob,
This post was very informative. Going into it I really only thought that the death penalty was a hot button issue because of the morality of killing a person, but now knowing about the racism aspect of the death penalty sheds a whole new light on the subject. I like how you discuss both sides of the argument and how for many the death sentence gives closure but, “ it’s hard to justify continuing the Death Penalty, even though it might bring closure to families.” Personally it is alarming not only that we are possibly killing of innocent people, but also the fact that it is costing taxpayers a huge sum of money. As today’s society becomes more progressive, I’m curious to know your stance on how the death penalty will be dealt with. Do you feel like it should be a federal issue or stay in the State’s Dominion? For being a Western civilization, the United States stands out among the 53 places that still have the death penalty, which are largely western civilizations that aren’t as developed economically and politically as the US. (https://www.telegraph.co.uk/travel/maps-and-graphics/countries-that-still-have-the-death-penalty/)