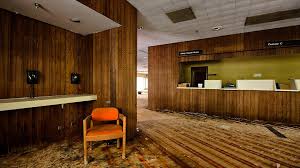 See, what most people missed about this completely inconspicuously named “Drug Enforcement Act” is that President Obama did not sign this bill in front of the press like the president would with most bills. Most also did not notice that this bill was not discussed what so ever on the floor of either chamber of US congress, but pushed straight to a vote, in which it unanimously won in not one, but both houses, without even a single objection(Higham, Scott, and Lenny Bernstein, 2). It simply slid through Washington legislation like grease, which is odd considering most bills can take months to pass; if they pass. The average time for bills to become laws is 263.57 days after being introduced- this bill passed to law in less than 70 days from first being reported by Senator Grassley in the Senate(Congress.gov). It would be reasonable to assume that this bill was passed with such speed to help counteract the crippling disease of drug addiction and death sweeping America at the time, but this bill moved with unusual and suspicious speed. This bill was kept behind an opaque curtain of secrecy; the house held no discussion of the bill whatsoever, the senate made undocumented changes to the bill just before voting on it, and the president did not show the media this bill all for one reason; this bill is not what it appeared to be at all.

In fact, after this bill is passed, congress members who voted on it, proposed it, and even those who sponsored it, refused to speak a single word about the bill after it passed, others claim they “do not recall” the bill, or claim they did not know what the bill actually was because they never read it. The government kept this bill as far away from the public’s view as possible because had anyone looked too closely the Ensuring Patient Access and Effective Drug Enforcement Act, congress, their lobbyist buddies, and the pharmaceutical companies would have all been exposed as to the true nature of this bill before it could be set into legislation stone.

Top DEA Administrative Law Judge, John J. Mulrooney II, stated the bill “imposed a dramatic diminution of the agency’s authority”(Higham, Scott, and Lenny Bernstein, 2), which in other words, means the bill upended the agency and hindered the DEA’s ability to actually control opioid shipments across the US. The bill that was “designed to fight the opioid epidemic” at its peak, now sucked the authority and life out of the DEA, the one agency meant to stop this epidemic.

For one moment I would like to acknowledge the word “epidemic” as used in the term “opioid epidemic” which was the go-to description of the situational state of use of opioids in the US. The dictionary definition of the word “epidemic” is as follows; “Also, epidemical. (of a disease) affecting many persons at the same time, and spreading from person to person in a locality where the disease is not permanently prevalent.” The situation was certainly affecting many people; 200,000 people had died from opioids in the US from 2000 to 2015(Higham, Scott, and Lenny Bernstein, 1). The disease in question, opioid addiction and overdose, was not permanently prevalent in most of the US either; in 1999, there were approximately 4,000 reported opioid overdoses across the US, not good but nothing which was viewed as a huge issue. In 2015 an estimated 33,000 people died from opioid overdoses alone, a 725% increase from what it had been little over a decade ago(American Society of Addiction Medicine, 2). The CDC estimates that over two million people in America were dependant on prescription opioids in 2014, and has continued to grow since(American Society of Addiction Medicine, 1). This was in fact an “epidemic” in every sense and definition of the word, a word which is as closely associated with death and suffering as would be the words “casket” or “holocaust”. At the height of this epidemic, US congress opened the floodgates for pharmaceutical companies to unload as many pills onto US cities and towns as they could produce and sell, because lobbyists had tricked, bribed, and pressured congress members to do so.

Once this bill was passed, pharmaceutical companies were able to walk all over the DEA. The DEA was striped of its most important tool of being able to immediately freeze suspicious shipments of exuberant amounts of prescription painkillers to “pain clinics”, allowing companies like Cardinal Health, the largest prescription pain killer distributor in the country, to dispatch millions of pills across the US. The normal number of prescription pain pills sold by the average corner pharmacy pear year is in the 60,000-80,000 range, but some pharmacies across the United States were selling over a million pills alone(Higham, Scott, and Lenny Bernstein, 3). At this time, the DEA was now powerless to stop shipments of pills, and even worse, they could not even build cases against these pharmaceutical companies because the Ensuring Patient Access and Effective Drug Enforcement Act had altered the DEA’s ability was able to collect, sort, and use criminal evidence against these companies, making it all but nearly impossible for the DEA to even slow down these companies. In 2011, before the Ensuring Patient Access and Effective Drug Enforcement Act, there were sixty-five immediate suspension orders enacted by the DEA(Higham, Scott, and Lenny Bernstein), which is an order halting the sale of any pills by a doctor, clinic, or distributor. In 2016, the DEA was able to muster only eight immediate suspension orders(Higham, Scott, and Lenny Bernstein). This is at the height of the opioid epidemic, so had the agency been able to regulate to the best of their ability, there would have most likely been far more than eight or sixty-five suspension orders, but because of the new legislation passed by congress, the DEA was clogged as if someone had poured cement into a sink drain.

All of this was made possible by lobbyists in Washington used by pharmaceutical companies like Cardinal Health to alter US laws for their best interest, which was not the best interest of the people whatsoever. Without the lobbyists, the pharmaceutical companies would have never been able to bribe senators and representatives into signing a bill which worsened the problem it was constructed to fix. Companies like Cardinal Health were able to write the legislation designed to regulate their own industry, allowing them to create their own rules for maximum profit because of crooked lobbyists and their connections inside Washington politics. Lobbyists are the key point which links the government to corporations and fortune five hundred companies which do not have the people’s best interests in mind, but yet they have the majority of the power in politics in current day US congress. So why are there still lobbyists on capitol hill?

Some believe that lobbyists are necessary “helpers” for our elected officials, stating that the workload these officials have is far too much and that without lobbyists around to provide information and legislation, politicians would not be able to get anything done. Although lobbyists do offer useful information and pre-made legislation to senators and representatives sometimes, they cannot always be trusted. In some instances, lobbyists give elected officials bad information to sway the congressman or congresswomen in the direction of their clients who pay millions to make sure the legislation they want passed or killed is done with as they please. The legislation they provide to officials is pre-written for the senators and representatives, but can be deceiving just as the Ensuring Patient Access and Effective Drug Enforcement Act was, meaning the bill that a senator thought was positive legislature was as deceitful and conniving as possible to sneak in modifications which can vastly alter the actual effect of the bill. But, the most damaging tool lobbyists have in their arsenal to revise US legislature are the the bank accounts they have access to. From 2014 to 2016, over 102 million dollars were used to lobby congress by lobbyists representing pharmaceutical companies to buy new legislation allowing them a free market to produce and sell as many pills as possible, or, the most profits possible(Higham, Scott, and Lenny Bernstein, 1).

Lobbying in congress is effective and helpful in theory, but when factors like human greed and corruption are applied as they are in real life, the theory begins to crumble. The negatives far outweigh the positives, and it can lead to huge governmental blunders which cause substantial damage to the US population, as with the Ensuring Patient Access and Effective Drug Enforcement Act. If lobbyists were removed from Washington, congress would serve their constituents far better.

Fritch,
Great essay! It is really informative and interesting; I had no idea about the act that opened up this topic. Your diction and writing is really professional and sophisticated which makes this easier to read. I agree with everything touched upon in this essay, especially about the lobbyists. I would love a follow up or a deeper investigation of this topic in one of your next posts, because this topic is really interesting and more people need to know about it.

It’s great that you’re talking about something that is concerning. Your diction was very professional. I think lobbying in and of itself is okay, but I agree that greed should never outweigh human health.

Fritch,
This essay was very compelling and convincing. I had no idea about the act you spoke about or about the swift movement through the houses. Not only was the subject interesting, your writing was great. The use of diction in the piece was very good and really helped emphasize the importance of what you were trying to convey. I agree with you about all the things you said about lobbyists and your argument against them. I feel as though they were initially meant to be helpful yet ended up bringing more harm than help.