Diplomacy Is the Key to American Success

Home Diplomacy Is the Key to American Success 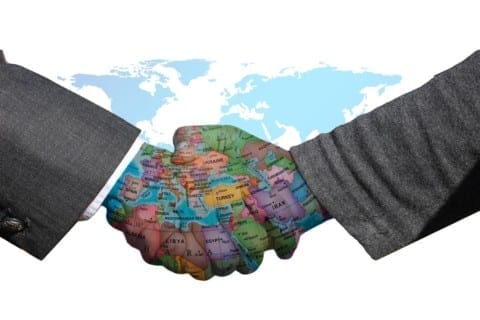 At a time when the United States is under development and facing corrupt relations, global public opinion started to emerge and our reach to other nations around the world was becoming more openly discussed. The need for foreign connections was growingly more important. Now, diplomacy is vital to this country’s national security and foreign acceptance and should be strongly positioned by our leaders.

Extending foreign boundaries builds connections to diverse constituencies in other countries. The U.S. uses methods like broadcasting to academic exchanges to enhance American leadership and global competition. If the U.S. can fulfill our core values, then our nation can function peacefully and safely. Maintaining national security is important to lower foreign tensions because it would result in the outbreak of war. One way of achieving this is to spend more money on diplomacy and less on military spending. This was also caused naturally, “The neglect and distortion of American diplomacy is not a purely Trumpian invention. It has been an episodic feature of the United States’ approach to the world since the end of the Cold War”(Burns, Foreign Affairs).

Building connections with other nations also brings foreign acceptance home. Such as how American culture — sports, education, technology, architecture, style, cultural platforms, economy, and art — has made a change in perspective in the world of the United States. Exchanges in these fields attract those who are politically aware of foreign involvement. It is shown here that diplomacy has impacted our nation positively, “Specifically, we argue that U.S. leaders’ credibility in the eyes of foreign publics is critical in shaping attitudes toward U.S. foreign policy. Empirically, we show that the effects of such visits were initially significantly large and positive”(Levine, Global Ties U.S.).

America’s core values and beliefs have been passed down since the Constitution and two of the most important values are the way America extends our reach to other parts of the world that greatly impacted our public safety and acceptance to foreign culture and influence by building connections and exchanging practice fields.

Hawkes, Timothy, and Timothy Hawkes. “The Art Of Diplomacy.” Training In Leadership,

Hi Han I liked the ideas you presented but let me counter with this. America does better when it focuses on itself, rather than extensive relationships with other countries. According to a graph made by the Tax Foundation (https://www.google.com/url?sa=i&source=images&cd=&cad=rja&uact=8&ved=2ahUKEwiwy5T1rKPlAhVIMqwKHTWaACoQjRx6BAgBEAQ&url=https%3A%2F%2Ftaxfoundation.org%2Fshort-history-government-taxing-and-spending-united-states%2F&psig=AOvVaw1ZsFMB_WWfD31vc2QS-0TP&ust=1571403639871706) when America was isolationist the government spent the most amount of money on the country. I was wondering how do you think our country can flourish without money being put back into it?