Detecting Breast Cancer Before a Mammogram 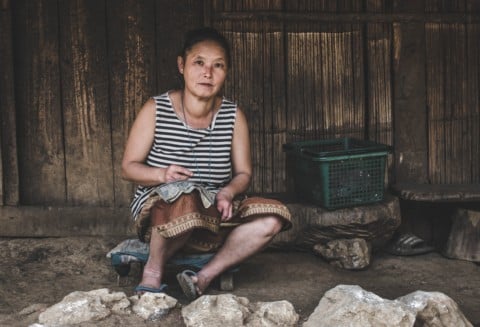 Developing countries do not have the same access to technology as developed countries like the United States do. Without easy access to radiologists and mammograms, early detection of Breast Cancer is unlikely. The biggest chance to change the survival rates of breast cancer is early detection, so Computer Engineer Mihir Shah decided to do something about it. He and his team created a machine and a mobile app that looks for, and identifies, abnormal breast tissue — which could be breast cancer cells. This machine is not meant to replace a mammogram but rather used as a test to see if a patient needs to have further testing. In 2019, the iBreastExam (the name of the machine) has been “approved in 12 countries, and currently, about 250 devices are out in the field”, according to an article from Philadelphia Citizen explaining the iBreastExam.

One objection that the iBreastExam might see is that it doesn’t replace a mammogram and is still extremely expensive to manufacture. It costs $10,000 dollars to makes, but each screening after that costs $1-$3. Although it still requires a mammogram after for diagnosis of Breast Cancer, the machine’s 87% accuracy allows women in developing countries to be aware of the need for further testing without the first mammogram, and anyone with little training can run the machine.

I think that the iBreastExam is the most probable solution for this problem at the moment. It is a great way to provide basic health care for people around the world. I think the machine is more a simple solution to a lack of resources in developing countries, so the machine is not needed in my community. It could be pushed to cut down the costs for women who have to receive an mammogram every year, but I think it is more beneficial to those in the third world countries.

This was an interesting post. You mentioned that it cost roughly S10,000 to manufacture iBreastExam, would the device be sold to hospital in developing countries and how would the hospital operate and maintain such an elaborate device? Overall, I was intrigued by this post. However, I think it could be stronger if you included some of the common causes to breast cancer, and maybe compared the rates of breast cancer affecting women in developing countries vs. women in developed countries.